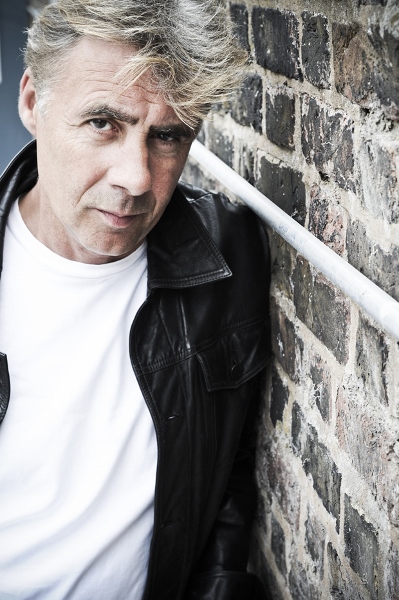 Glen Matlock quit the Sex Pistols in 1977. You may have heard the myths — that he was fired for loving the Beatles or having overly clean feet — but neither is true.

He went on to form Rich Kids, a power pop band that was only around for two years but produced some memorable tunes and prominent musicians of the era — its members went on to form Ultravox and Visage, and play with Matlock’s former/future bandmate John Lydon in PiL.

Matlock spent much of the ’80s and ’90s away from the public eye but became active again when the Sex Pistols reunited in 1996. He also formed a series of bands, and recently joined his teenage heroes the Faces. Tonight he’s headlining the Acoustic Anarchy tour with Scott Kempner of CBGB-era NYC band the Dictators (filling in for Tommy Ramone, who pulled out of the tour due to illness).

I called Matlock back in February. He was at a Starbucks in L.A.

Lorraine Carpenter: I understand that your set will be career-spanning, from the Sex Pistols to your latest band, the Philistines.

Glen Matlock: Yeah. I’ve always written songs on an acoustic guitar, so that’s the connection. It’s a good show — it’s down to my slightly skewed personality and way of looking at things, and all the songs hang together well regardless of what period they’re from. I was thinking if i made another album, I’d call it SOS. Ask me what SOS stands for.

LC: What does SOS stand for?

LC: Do you change up the set-list a lot?

GM: Oh, yeah. I tend to make it up as I go along, based on the crowd. It’s like acoustic punk jazz.

LC: The Sex Pistols’ Filthy Lucre reunion tour, where you announced that you were all doing it for the money, seemed like a daring admission at the time, when “selling out” was a little more taboo. Acoustic Anarchy is hardly Filthy Lucre, though, and forming a new band doesn’t seem like the best business decision. Is it a labour of love?

GM: It’s a funny old world these days. I’m not the best businessman in the world, obviously. I’ve always seen myself first and foremost as a songwriter in the tradition of Ray Davies — that’s where I’m coming from. But I like playing, and if I call myself a musician and I don’t play, I’m full of shit.

LC: Can you tell me a secret about the Sex Pistols?

GM: I don’t know that there’s much more to say. It was very much a product of its time and it had an energy that’s really hard to manufacture. A good band has a good chemistry, and the Sex Pistols had that in abundance.

GM: Well, let me just say this: I know you’re trying to get your head around me, a bass player with an acoustic guitar, playing a pack of different songs, but it works, believe me when I tell you. I’ve been doing this for a while. ■