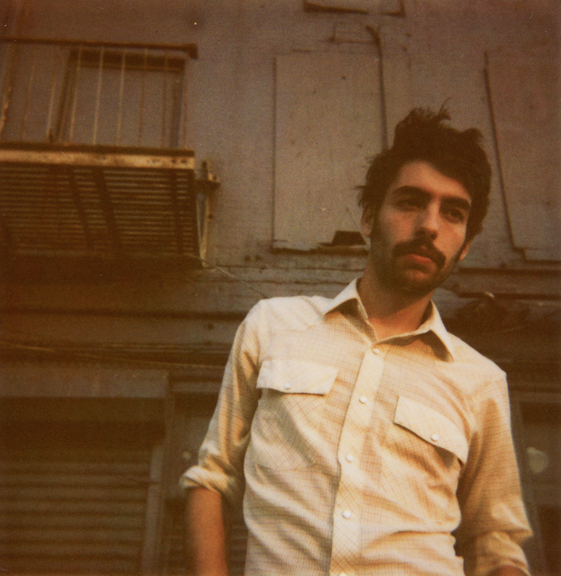 Montreal’s Norse God of dusty folk, Leif Vollebekk, wrote the songs on his latest album on couches while on the road, while staring out his Mile End apartment window and at a 1910‘s piano he picked up for free on Craigslist. He then recorded them at a handful of studios here, in New York and France, at each stop searching for a perfect take. To provide a sense a continuity amid all the venue changes, Vollebekk and his band adhered to three rules that gave the album North Americana its brassy sheen: “always the same band, always live and always to tape.”

Vollebekk is a songwriter in the classic sense, and as such describes the arduous process of revising and perfecting his works in some pretty colourful ways. Earlier this week I had the opportunity to pick his brain about the craft, a day after his return from SXSW in Austin. If you want to know his thoughts on the festival, he’s more of a chair-and-beer guy than one who’ll wait in line to see Prince.

Erik Leijon: Was North Americana inspired by the road?

Leif Vollebekk: I wrote most of the record when I was touring without my band, either because I hadn’t met them or it was financially impossible to bring them with me. I also took a break from touring and I was hanging out in different places, so for the most part I wrote it with the headspace of not being at home.

EL: Do you have a preferred headspace for songwriting?

LV: It really sucks. I wish I had a Hemingway mentality — not that he wrote songs — of getting up and writing every morning. I can’t do it. For me, it’s like fishing without any talent for fishing: you wait around, try and live your life and not worry about songs. I got a song idea while getting a coffee at the airport yesterday and I was like, “C’mon, that’s when it happens?! I waited two months for this!” But once you get in the headspace, you’re there.

EL: So was North Americana written in creative bursts?

LV: The only pattern that’s emerged is I’ll get this moment where I understand where the song is, like a set designer that establishes the scene: the room or street it takes place on and the distance where the song is going to go. I don’t know what the song is about, but I’ll have a title and an opening line. That sets the stage, then I work on it for months — there’s not one song that was written in one shot. There’s an initial inspiration, that’s like knowing where to mine, and that’s the hardest part of finding where the gold is. But then having to build the whole shaft and hire the people to go excavate is the important part as well.

EL: Are the songs fully written before you bring the band in?

LV: The songs have to be done. If there’s one line in the song I don’t think is pulling its weight, I sing it particularly badly. I have this amazing band that if I give them something to work with, they’ll go crazy far, but if I phone in my vocals, they can’t follow me. They’re not the National, who come in with this beat and I sing on top of it — they’re in there with me. Half-finished songs are unplayable. I also didn’t have crazy melodies on this record, since I was so focused on the lyrics.

EL: Is there a recurring theme with the lyrics?

LV: Sometimes I read interview books, with artists I like, and there was this 1970-something interview with Bob Dylan in Playboy where he was talking about Blonde on Blonde, and he described it as “the sound of open windows in the city with jackhammers,” or a “downtown apartment with the windows open.” My songs aren’t rural, and they’re not these universal songs about heartbreak. They’re very particular: the things people say, the streets they happened on, the time of day, when the song was written. The apartment windows had to be open for them to have been written.

EL: How much time do you spend revising a song’s lyrics?

LV: If I try to sit down and write — when I’ve been so dumb as to do that — it’s gone terribly and I’ve thrown them out. It’s a left brain/right brain thing, where if I’m writing, I just do it and don’t think, then I go back after and reflect on what I’m trying to say. I spend way too much time on songs — with “When the Subway Comes Above the Ground” I spent a year, maybe even two years on-and-off, where I wouldn’t touch it for a month and then go back and make changes. Then maybe I’ll talk to someone and they’ll say something to change my whole perspective, and they’ll even speak it in the same metre as my song. Then I’ll go back and change it and not tell them.

EL: Is a song finished because it can’t be improved, or do you just need to move on at some point?

LV: Usually it happens with the last line where I wish it were different, but sometimes that’s what life is like: things just kind of end and you wish it had ended on a certain note, but that slight dissatisfaction is just inherent with life. But sometimes the third verse has a way of turning the song around, and that’s a good feeling, or at the very least it’s satisfying. The meal is there, and you even do the dishes at the end — everything’s clean and you understand you can listen to it again and get more out of it. It’s like a good thriller where in the last scene you find out Bruce Willis is really a ghost, and you can go back and watch the movie again. Not that you heard the song wrong the first time, but it led you one way and in the end you realize something else about it.

EL: Why record the album in multiple places? What were you looking for?

LV: Sometimes you put on a record and there’s this thing that happens, and I guess it’s a mood, where it just bums you out. The song is good, the band is good, but there’s a blue halo over it that just makes it heavy. It makes you feel like the guy who recorded it is brilliant but can’t see things in a different way. I felt my songs needed the colour of the record to be golden, shimmery and a bit rusty. Something brass, really. We’d get that adult-contemporary blue halo while recording, and I knew if I settled for the next few years, I’d be touring a record I didn’t quite believe in. I didn’t want to hand out a record with an excuse. ■