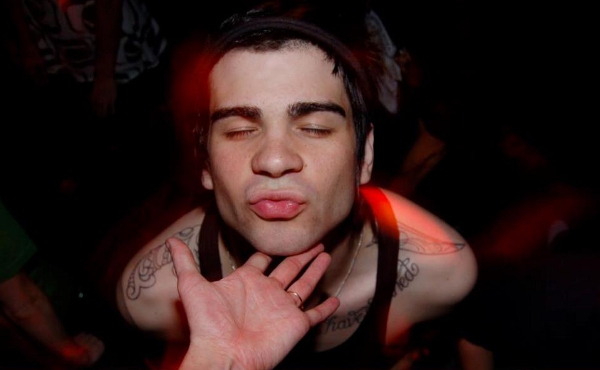 Hunter Moore, giver of no fucks

But Moore believes that if he hadn’t started the page, someone else would’ve. Eventually, he sold the domain name to the anti-bullying group BullyVille.com, claiming that all the underage photos being posted were too much of a headache. Nowadays, he just DJs parties — like the one happening this Saturday at Cabaret Underworld — and waits for the thousands of naked girl photos that roll into his Twitter account on a daily basis.

You may despise him, but neither he nor his bank account give a fuck. And for someone who’s generally known as the ‘‘most hated man on the Internet,’’ Hunter Moore is a pretty personable guy over the phone.

Gregory Pike: How did IsAnyoneUp.com get started?
Hunter Moore: It was this small thing between friends. It was just between us. Then, somehow, people found out about it and started adding to it. It was pretty much an overnight success. It wasn’t like I woke up one day and said, ‘‘I’m gonna fuck over a bunch of people.’’

GP: I was watching an interview between you and Dr. Drew, and before you go on the air, Dr. Drew was all, ‘‘Is Hunter available? We’re having technical problems.’’ But then they cut to you and you were in a studio, and it seemed like there couldn’t possibly have been any technical problems.
HM: Yeah, I was laughing my ass off the whole time, and the producer was screaming in my ear to stop laughing, saying he’d cut my mic off. I couldn’t stop laughing because it was all just stupid shit. They kept cutting my mic out when I was talking. It was pretty ridiculous.

GP: Do you find it difficult nowadays to start a relationship with someone because of who you are?
HM: Nah, dude. Not at all. I’ve been with someone for five years.

GP: It must be bizarre for you to go from being intensely hated for creating IsAnyoneUp.com to having people send you photos of themselves willingly, hoping you’ll give them the recognition they crave.
HM: Dude, honestly, I really give no fucks. My personality is kind of weird, I guess. I just have a personality that can deal with the hate. For me, I’m more comfortable when people don’t like me. I’m making myself sound like a sociopath right now, but whatever. It’s weird because I was so hated then, and now it’s like I’m very loved. It’s just been one extreme to the other. So now I’m in this whole new world. It’s weird, man. I’ve been stabbed. People would come to my parties to kill me. And now people can’t wait to take a picture with me. So it’s really weird.

GP: And you’re throwing money at charities. Which kinds?
HM: All kinds. Animal abuse prevention groups, anti-bullying organizations, groups that prevent the exploitation of children. I also listen to what my Twitter followers suggest and donate to those causes, too.

GP: You know, you mention supporting anti-bullying groups, but so many people accuse you of bullying yourself.
HM: For me, dude, bullying is just a fucking fact. I mean, everyone gets bullied. Everyone needs to get bullied. It’s just natural, dude. You can’t stop it. It’s a huge part of growing up. If we lived in a perfect world, then no bullying would be fine. Like shooting Nerf guns instead of guns with real bullets. But if I hadn’t been bullied, there’s no way I’d be able to survive. Especially leaving home at 18 and moving to New York City. If someone’s never gotten bullied, it’s going to be a huge shock once they get out into the real world. They need that. And with cyberbullying, it’s like, close the screen, you fucking moron. Cyberbullying — really? Give me a break. Fucking turn your screen off. I mean, me signing that anti-bullying thing or whatever was all just me getting a chance to troll. And it was really funny, and I was getting paid a lot of money. But, again, I don’t want people hurting themselves. Like, obviously I don’t want people to kill themselves.

GP: Are you actively trying to get people to think differently about you?
HM: You can’t change everyone’s perception. I mean, I don’t blame people for hating me. I ran such a horrible site. But I just like boobs, dude. You know, somebody was going to monetize that shit, and lucky it was me and not some psychopath. ■