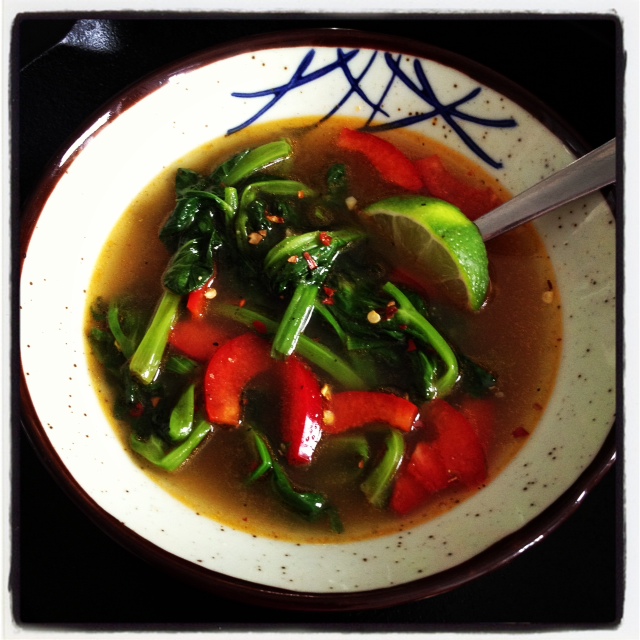 As we head into yet another day of snow, it’s hard to imagine that little spring vegetables will soon be poking their brave heads above the ground. But poke their heads through they will, and holding onto narratives such as these is what makes enduring these seemingly interminable winters possible.

In the interim, however, while we may dream of tender asparagus as we wait for this fantasy to become reality, there are still a few Quebec-grown root vegetables flying their fleur-de-lys flags in every stand at Marché Jean-Talon. And with nods to the cabbage, brussel sprout, and turnip already gracing Market Share, it would seem only right to devote this week’s column to the delightful sweet potato.

And who doesn’t love a sweet potato? Whether you roast it plain or top it with miniature marshmallows, blend it into a creamy soup or turn it into fries, there are few adults, kids or dogs who dislike this sweet, earthy treat. And it’s incredibly easy to work with, too, meaning that anyone can make something delicious and nutritious without the need for special skills, tools or guides.

Poke some holes in a sweet potato with a fork and stick it in the oven for an hour or so: perfect. Peel it, cut it, boil it and mash it with some butter, black pepper and soy: fantastic. Do one or the other and then blend it up with some coconut milk, ground coriander and garlic: amazing. Or blend it with some maple syrup, heavy cream and ground allspice and throw it in a pie crust: wow.

But there is one thing that until quite recently I had never done with a sweet potato: turn it into pho.

A few weeks ago, Bartek Komorowski’s “Lessons in pho-nology” guided fans of this popular Vietnamese beef and noodle soup to four of the city’s finest joints, and as a fan myself, I was eager to check out the three that I had not yet visited. But the very next day, I stumbled across an article on one of the New York Times’ blogs with a recipe for a vegetarian version of the dish — traditional pho is made with beef broth — that struck my fancy. And even better, though pho’s accoutrements  — the bean sprouts, fresh herbs, limes and scallions — are redolent with the flavours of summer, the broth itself is made with quite an odd combination of winter vegetables: leeks, carrots and turnips.

I decided to give it a try. Though I’d sung the praises of turnips just a few weeks before, I had none in the house, so I tossed in a couple of sweet potatoes instead. The results were incredibly tasty, and for a lover of pho, surprisingly satisfying. But I have to admit, though the broth was wonderfully scented, and struck a balance between savoury and sweet, I missed the fatty richness the beef adds, and so had to look for a compromise. I present to you here a stock that does the trick while at the same time, warms the house on a chilly afternoon and requires almost no effort to prepare.

To make the broth:

Over medium heat, brown all sides of a large bone-in beef shank in vegetable oil, then remove the shank, turn down the heat and toss in about eight shallots. Because the vegetables will be thrown out later, you do not need to mince them finely. Just peel off the outer layer of skin and slice them in half.

Sautée the shallots over low heat until they start to soften and brown. When that happens, return the beef to the pan and add two sweet potatoes, cut into large chunks; one thumb-sized piece of unpeeled ginger, cut into large slices; six large cloves of garlic, smashed; two pieces of lemongrass, sliced and smashed; six whole star anise; and a teaspoon of black peppercorns. Cover the meat and vegetables with water and bring it to a boil, then turn down the heat, put a lid on it, and leave it to simmer for about two hours.

When those two hours have passed, remove the meat and bone and gently smash up the vegetables with a potato masher or any other tool that you have available. Continue to let the soup simmer for about 30 minutes or so, or until you have the time to complete the next step.

When that time comes, simply strain the soup to remove the vegetables and spices — cheesecloth works particularly well. I used a fine-mesh strainer that allowed some of the mashed potato to sneak through, though a few more passes created the clear broth that I was looking for. As a final step, season the soup with salt — you will need quite a bit — and a dash or two of fish sauce.

To use the broth:

As I mentioned above, a traditional pho offering is easily achieved by cooking up some rice noodles, putting them in a bowl, pouring some broth over top and garnishing the whole thing with bean sprouts, hot chilies, fresh herbs such as basil, cilantro or mint, and a squeeze or two of lime. As pictured here, I made a less traditional, but super-easy lunch with last night’s sautéed pea shoots and thinly sliced carrots.

You can also use the broth in more ambitious and unusual ways. For example, in soup dumplings, or as I produced here, soup-filled dumpling-like buns.

For this, you simply reduce the stock to two cups, add a tablespoon of gelatin or powdered agar agar, and allow it to cool into a jelly. Then buy or prepare some dumpling wrappers, fill them with the jellied stock, and steam them until they are cooked through and the stock has returned to soup form.

I used a package of dumpling flour I found at an Asian supermarket, which came with its own little pouch of instant yeast and was incredibly easy to prepare and work with. In fact, things were going so well that I got a bit cocky and misread the package; I ended up dividing the dough into eight balls, when it could have easily made 20 or more dumplings. As a result, my soup dumplings became giant soup-filled steamed buns. They were light and delicious in that gluten-y way that steamed buns always are, but in the future, I will use the dough more sparingly.

Extra stock can be frozen in small or large portions for future use. ■