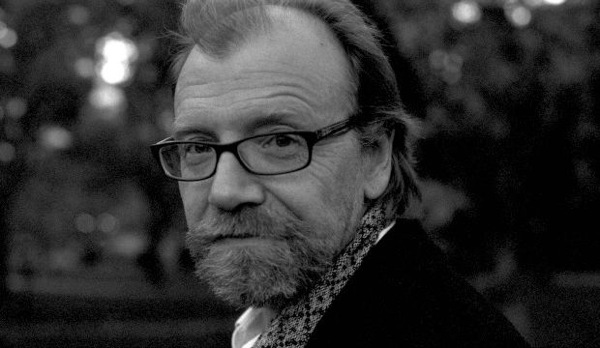 George Saunders’s short stories are so funny that while reading them you can sometimes forget just how dark they are, or overlook the technical brilliance of his writing. In his three previous collections he has made a reputation as a brainier, more literary Kurt Vonnegut, writing about dystopian futures in which individuals are crushed by a consumer society run amok.

While the Tenth of December has been hailed as Saunders’s move toward representing the real world, these stories easily fall within the previously established borders of Saunders-land. At the heart of all is a critical engagement with the dark heart of capitalism, offering an examination of the psychic stresses of living in a world where life is cheap, but living is expensive. The characters in these stories are all trapped in a complex web of maxed-out credit and crime, but are nonetheless still searching for an American dream that has all but disappeared since mortgage-backed securities blew up the financial sector.

In “Al Roosten,” a failed businessman commits an act of passive aggression against a more successful colleague, and despite his constant attempts to avoid it, he eventually comes to the sad realization that he is a bit of an asshole. In “Escape from Spiderhead,” a prisoner involved in a drug study is forced to decide which of his two former lovers will be administered the DarkenfloxxTM drug, which makes one feel the “worst you have ever felt, times ten” and which occasionally causes the “side effect” of death. And in “The Semplica Girl Diaries,” the longest and most potent story in the collection, a father of three who is deeply in debt wins the lottery, only to squander the bulk of his winnings on an in-demand lawn ornament/status symbol: a display of young women from developing countries connected by a “microline” through their brains. 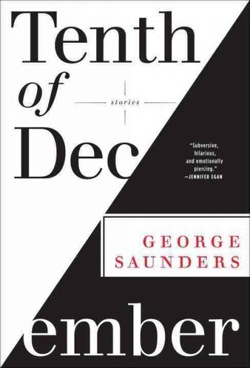 Throughout these darkly satirical stories, Saunders’s critical eye and incisive observations of contemporary society succeed in mutating the everyday and revealing the parameters of the very strange world that we live in. In doing so, he retains his record as the writer who gets the most laughs per page in literary fiction today. He is a master stylist who unapologetically mines the contemporary American lexicon, a junk pile of malapropisms, corporate jargon, consumerist lingo and self-help rhetoric, and crafts it into compelling and often deeply moving stories. Also, like all good humourists, Saunders is economical with his words and has perfect comedic timing.

This careful attention to language also allows Saunders to be attuned to the interiority of his characters, giving each their own unique vernacular. “Victory Lap” offers hilarious glimpses into the minds of two 15-year-olds, one of whom is so overprotected by his parents that even as he prevents a major catastrophe he is acutely aware of how many household rules he is breaking in the process: “Jesus, shit, the directives he was violating! Running in the yard (bad for the sod), transporting a geode without its protective wrapping, hopping the fence, which stressed the fence, which had cost a pretty penny; leaving the yard; leaving the yard barefoot; entering the Secondary Area without permission” and so on. Meanwhile, his neighbour Alison does pas de chats around the house after school, reflecting on her love for everyone and everything; “Mom was awesome, Dad was awesome,” “Helen Keller had been awesome; Mother Teresa was amazing.”

Still playing with language, “My Chivalric Fiasco,” the funniest story in the book, seems to be a comment on the limitations of the contemporary American vernacular, as it follows a lowly employee at a renaissance fair as he is promoted to a new position and administered the “KnightLyfe” drug, which causes him to talk as people did in Olden Times. Everything goes south, however, when he actually begins to act in a chivalric manner in defence of one of his fellow employees.

In all of these stories Saunders remains sympathetic to his characters as they navigate the challenges and absurdities of late capitalism, and he manages to keep us laughing all the way. With Tenth of December Saunders continues the work of defamiliarizing contemporary life, and solidifies his place as one of the most sensitive and hilarious voices in American literature today. ■