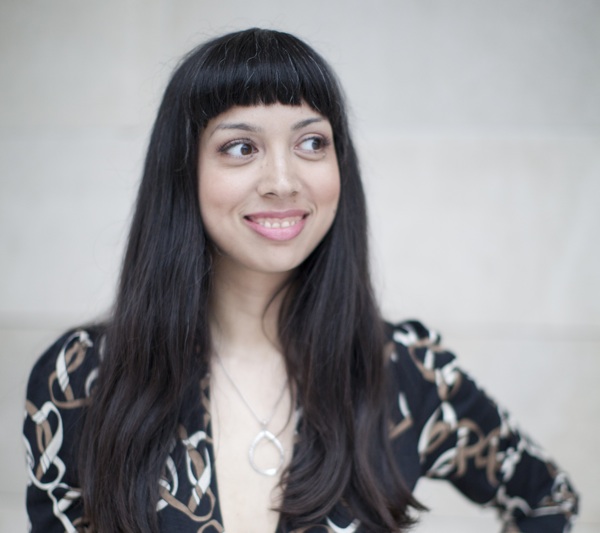 Set largely in Mile End, Saleema Nawaz’s Bone and Bread is a poignant tale of the complications of family life and the harrowing nature of loss. The novel is narrated by Beena Singh, who at the age of 34 has survived the trauma of losing both her parents as a child and raising a son as a single teenage mother, only to be shocked yet again by the death of her younger sister Sadhana.

Nawaz’s debut novel grew out of the story “Bloodlines,” in her acclaimed 2008 story collection Mother Superior. “My Three Girls,” another story from the collection, won that year’s prestigious Journey Prize for emerging writers. This new novel delivers on the promise of her earlier work, sympathetically capturing the relationship of two sisters as they come of age under difficult circumstances. 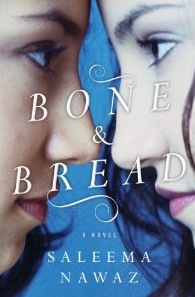 As the novel opens, Beena’s life is well-ordered. She lives in a small house in Ottawa with her son Quinn, who will soon be leaving for university. Although the surface of her life appears calm, Beena is deeply troubled by the loss of her sister Sadhana six months earlier. Separated by only two years, growing up Beena and her sister were so close that they “had a hard time knowing where one of us left off and the other began.” Despite their bond as children, the siblings struggle with their relationship as they age and Beena’s move to Ottawa was partly to distance herself from her sister’s self-destructive behaviour. After months of neglecting her duty of cleaning out her sister’s apartment, Beena finally resolves to take on this task with Quinn at her side. With this decision to return to her hometown, the novel swings into action, dipping into her childhood memories and charting her tumultuous relationship with Sadhana.

After being orphaned as teenagers, the pair were cared for by their grumpy Sikh uncle, who took over management of the family bagel shop when their father died of a heart attack on the bakery floor. Each responds to the loss of their parents in a different manner, Beena by seeking the affection of “the bagel boys” who work in the shop below their apartment, resulting in her early pregnancy, and Sadhana by giving up eating. The obsessive tendencies that would eventually manifest in Sadhana’s fatal anorexia are exhibited early, and her struggle with her condition eventually comes to define her life. Six months after her sister’s death, Beena admits that she doubts that her sister has become a ghost, because after spending “so many years watching her disappear, little by little, it is impossible for me to believe that there could be any of her left over.”

Nawaz is a lyrical writer whose descriptions of a Mile End childhood are rich with detail. She also has a gift for urban observation, and Bone and Bread is a wonderful contemporary addition to the long list of English language novels set in Montreal. This is an eloquent novel about the challenges of growing up and surviving the intimate trauma of losing those closest to you. ■