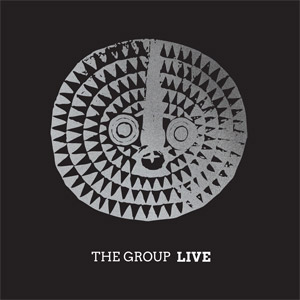 Fracking may deserve its bad rap, but jazz fans everywhere are digging NoBusiness’s search for tiny pockets of underground black gold. To date, the label has unearthed unavailable or previously unreleased treasures from the likes of Billy Bang, Jemeel Moondoc and William Parker, and they’ve raised another rare beauty here.

It’s hard to conceive of a blander band name than the Group, or a simpler though accurate album title than Live, but do not be fooled by the generic labeling — this is a brand-name, New York, free-jazz supergroup. Was there a better free jazz rhythm section than bassist Sirone with Andrew Cyrille on drums?  Actually, there was, when second bassist Fred Hopkins was added to replace Sirone, who’d announced that he would miss the gig but showed up to play anyway. The front line includes saxophonist Marion Brown — who, aside from his own sublime recordings (check out his Quartet LP, also featuring two bassists), appeared on Coltrane’s Ascension — violinist Bang and trumpeter Ahmed Abdullah, who also contributes a 26-page historical essay to the CD booklet.

Their fifth concert was at the Jazz Center of New York in 1986, recorded directly from the sound board only to sit in a shoebox until after Bang’s death in April 2011. The Group acted as a repertory band for the music of others, a rare concept in avant-jazz circles. Thus, in addition to two band compositions, we get one each from Charles Mingus, Miriam Makeba and the recently departed Butch Morris.

Morris is famous for his conductions but penned some tunes early in his career. His “Joann’s Green Satin Dress” features Bang, his bowing alternating between pretty and pretty ferocious, as the theme repeats cyclically. Bang’s “Shift Below” has everyone chipping in with brief gestures, supporting a rising violin storm. “Goodbye Pork Pie Hat” is given an extended treatment, allowing both Brown and Abdullah to shine. Brown’s own “La Placita” starts with dueling bassists giving way to the catchy theme, brilliantly combining swinging rhythms with free blowing.

But the highlight of the evening must have been the 25-minute closer, Makeba’s rousing “Amanpondo” (as spelled here, originally titled “Amampondo”). Stripped of vocals, it’s barely recognizable, but the South African lilt is there, as the Group resembles a pared-down Dedication Orchestra.

California’s White Fence (aka Tim Presley) will release his next album, Cyclops Reap, on April 9 via Castle Face. Get a feel for his psych-pop proposition here.

Director Punit Dhesi depicts an average night out in Parc Ex, or some neighbourhood made to resemble it. Bonus: Each of Three Loco’s (white) members gets a brown counterpart.