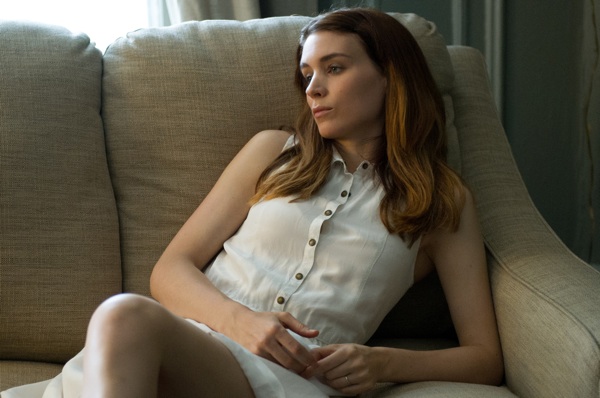 Rooney Mara in Side Effects

If you believe Steven Soderbergh, Side Effects is his last film (not counting the Liberace biopic he’s currently completing for HBO). I could think of more auspicious ways to go out, but Soderbergh is certainly entitled. He’s made five films in the last two years alone, and after the run he’s had — making admirably bold experiments while also showing himself capable of pulling off the odd old-fashioned blockbuster, shooting and editing his own films all the while — he’s accomplished more than most filmmakers ever do and could probably use a breather.

Falling squarely in between Soderbergh’s Hollywood star vehicles and his experimental pieces, Side Effects is a thriller centred on the hot topic of medical ethics and overprescription. Emily (Rooney Mara) is the depressed wife of Martin (Channing Tatum), who’s just been released after a jail term for insider trading. When she drives her car into a wall in what seems like a suicide attempt, she’s assigned to Dr. Banks (Jude Law), an ambitious psychiatrist. Concerned with her well-being but also distracted by his blossoming career opportunities, he prescribes her an antidepressant that turns out to have some unexpected… well, check the title.

From this point, there are a lot of unexpected twists, so I won’t spoil anything. Suffice it to say that Soderbergh has crafted a tight psychological thriller, with his usual attention to aesthetics, gripping topics and excellent casting both to type (Law is perfect as the charismatic but arrogant hero) and against (Catherine Zeta-Jones plays an uptight, sexually repressed doctor). Mara is also great in a subtle, layered role, proving there’s a lot more to her than kicking ass in Steig Larsson adaptations.

As in many thrillers, the chase is better than the catch — the question of what’s going on is much more interesting than the answer. But it’s a supremely well-crafted film, very much worth seeing. ■