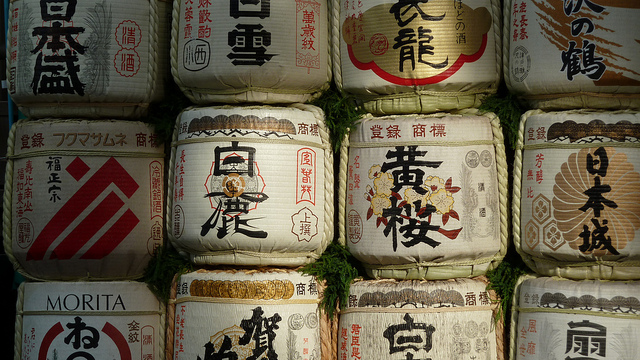 Sake is a unique and wonderful Japanese beverage shrouded in mystery, due to both a language barrier and minimal Quebec-market penetration. It shares characteristics with both wine and beer, but is actually neither and is younger by several millennia.

That sake is made with rice, a grain, and brewed similarly to beer doesn’t help with categorization, particularly since its alcohol content usually lands between 15–20 per cent — much too high for beer. So, it’s kind of its own breed, and is often irreplaceable in the role it plays in certain food pairings.

The general rule of thumb is to serve the good stuff — so, junmai, ginjo or daiginjo — chilled so as to tighten up the delicate and attractive flavours and make them more enjoyable. The lesser-quality stuff, like futsu-shu, is served heated to free up the lazy and ordinary flavours that would be too hidden at a lower temperature. Heating sake is as easy as placing the bottle in an ice bucket with hot tap water instead of ice water.

Sake predictably pairs well with Japanese cuisine, of course; it compliments rice, raw fish and lightly cooked fish extremely well. But it doesn’t stop there — sake will take just about any seafood you throw at it. Try it with raw oysters, steamed lobster, fish tartar, scallop ceviche, crab cakes or barbecued prawn skewers. Just remember: sake pairs well with subtle seasoning and will be annihilated by spicy or overly salty dishes.

There is no shortage of Japanese pubs (called izakaya in Japan), ramen spots, and sushi joints where you can enjoy sake in Montreal. Here’s where to hit up:

Azuma
Some of Montreal’s best sushi and a neat sake list, located in the Mile End. Try the Kinuyuki Junmai Ginjo with any of their awesome sashimi and nigiri sushi. 5263 St-Laurent at Maguire

Imadake
Just around the corner from the old Forum is an impressive selection of sake and tasty Japanese pub eats to match it. Try the Hakutsuru Sho-Une Junmai Dai Ginjo with the soft shell crab or miso-marinated grilled black cod. 4006 Ste-Catherine W. at Atwater

Order in
Get the full experience in the comfort of your abode. Order in from Tri Express, Ramen-Ya or Bistro Isakaya and wash down your grub with your choice of sake: Gekkeikan Black & Gold (futsu-shu), Hakushika Junmai Ginjo or Tamanohikari Omachi Junmai Daiginjo. ■