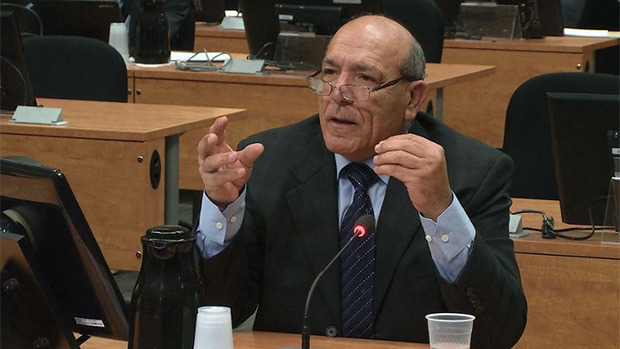 In case you thought 2013 was off to a bit of a slow start compared to the insanity that was 2012, you can breathe a sigh of relief — because this week was crazier than a bag of squirrels.

UPAC, Quebec’s anti-corruption squad, raided nine locations on the island of Montreal, including City Hall, on Tuesday. The borough halls of St-Laurent, St-Leonard, Lachine, Verdun, Anjou and mayor Michael Applebaum’s former haunt, Côte-des-Neiges—Notre-Dame-de-Grâce, were all evacuated upon UPAC’s arrival, as was the HQ of the disgraced Union Montreal. The raids stem from an investigation that, since 2010, has been looking into allegations of fraud, forging documents and abuses of trust. The raids have resulted in the soon-to-be-extinct Union Montreal’s further hemorrhaging of party members. (Also, behold! The longest byline ever.)

Also in crazier than a bag o’squirrels news, la fameuse Agent 728 was arrested Monday night stemming from a complaint made against her by the Montreal police. She wasn’t charged with anything, though, and was released on Tuesday on condition she report immediately to a Sherbrooke hospital for a 15-day psychiatric evaluation.

And, of course, on Wednesday, the Office québécois de la langue française came down on Buonanotte, an overpriced Italian eatery on St-Laurent, for flagrantly flouting language laws by including the words “pasta,” in addition to “carne,” “antipasti” and “pesce,” rather than, say, “pâtes alimentaires,” on its menu. Bear in mind, of course, that all of the contested language is Italian, not English.

Nonetheless, Pastagate, as incident became known, was apparently a major threat to French in the province, and the Office came down hard — before backing off. Another resto, Brit & Chips, was nailed by the OQLF, too. But, again, the overzealous office laid off, and the restaurant won’t have to advertise its British specialty as “poisson frit et frites.”

This week at the three-ring circus also known as the Charbonneau Commission has provided a laugh a minute with the testimony of Mr. Sidewalk himself, Nicolo Milioto.

Milioto’s moniker refers both to his profitable sidewalk-making deal with the city and his alleged threat to political organizer Martin Dumont that he would bury him in one of his sidewalks.

Though caught on video stuffing wads of cash into his socks — and despite his own testimony that he and mob boss Nicolo Rizzuto were BFFs who drank coffee and played cards in the same café that has since become known as ground-zero for Rizzuto family gatherings — he still said he didn’t know nuthin’. A supremely Sopranoesque moment indeed.

His testimony, in which he said he didn’t know what the mafia was, was so ridiculous the judge threatened to charge Milioto with contempt of court and perjury. Clearly, the first rule of Charbonneau Commission fight club is omerta— that is, snitches get stitches. That, or a really excellent sidewalk prize. ■