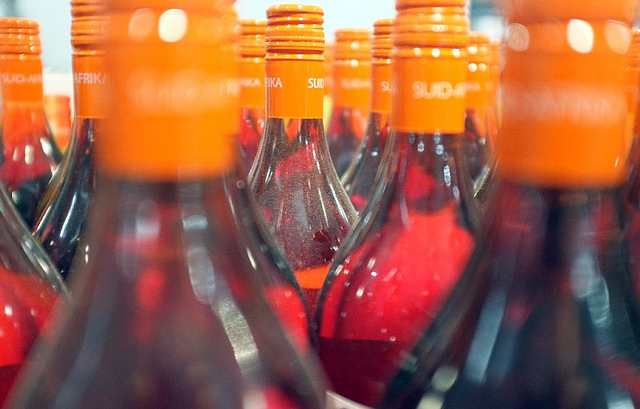 Dep wine: it all kinda tastes the same, doesn’t it? Photo via Flickr

Living in Quebec means easy access to beer and wine, but while beer options are normally numerous (and usually pretty decent), dépanneur or grocery store wine can sometimes be a waste of your hard-earned coin. Sure, whatever is on the shelf is probably drinkable, but unless you’re in a late-night window of booze desperation, you shouldn’t be drinking this poison.

These fine purveyors of snacks and tobacco aren’t to blame, though — the provincial liquor laws are. You’ll be able to tell whether your wine is red or white, and what vast nation the grapes were grown in, but you’ll never find a super-informative label on dep wine. That’s because the wine is usually imported in large containers from a producer in a faraway land for usually a few bucks a litre, then bottled and labeled close by and, finally, sold to you for a good $10 more.

This bulk wine is the producer’s surplus and rushed production stuff, so it’s frequently on the sweet and flabby side and all too often is the result of at least a few facets of winemaking trickery, including use of pesticides, sulphites and powdered tannins.

But at 10:55 p.m., beggars can’t be choosers. Luckily, there are a few ways to make choking down a bottle of $11 dep wine a little more bearable (even if the price isn’t).

Chill factor: Cheap whites generally taste better than cheap reds, so chill them well to mute any dull aromas. If you have no intention to chill it, though, skip right to red.

Get some air: Aerating, a technique mainly used for reds, allows the wine to breathe and, in a way, to exhale any volatile ickiness. Pour the whole bottle out into a carafe or any glass punch pitcher and funnel back into the bottle; do this three times. If in a hurry to drink up, you can hyper-aerate by pouring a whole bottle into a blender and whipping it, milkshake-style, for two minutes and then pouring it back into the bottle. Serving from a wide-based carafe will allow it to breathe even more.

Plastic surgery: This trick is used for corked wine (that is, wine contaminated by a chemical compound called 2,4,6-trichloroanisole) but may help cure your corner store vino, too. Crumple some plastic food wrap into a few small balls and place them in a glass bowl; pour out the whole bottle of wine into the bowl and use a plastic or metal spoon to stir it around for a minute. After letting it sit for about 15 minutes, remove the plastic wrap and funnel the wine back into the bottle. The plastic wrap helps suck up the unwanted chemical compound.

When in doubt, mix: Cheap wine is always great for mixing. Make sangria in the summer and mulled wine in the winter.

Plan ahead next time: For the dough you’d drop on dep wine, you could have bought something far less horrible at the liquor store. In case you forgot, SAQ Express shops are usually open until 10 p.m. and are plentiful across the city. Here are some great low-ticket picks:

“Reconciliation calls on all of us to confront our past, our biases and actions, and commit to an equitable future.”

For a limited time, Lawrence is taking over Larry’s to serve seven-course, prix-fixe dinners.