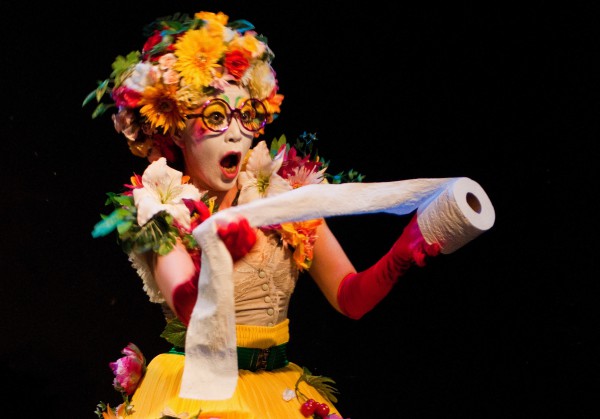 Resolved to nurture your culturally-sensitive persona or just plain sick of saccharine Christmas merchandise? Let the alternative theatre of the 16th Annual Wildside Festival cure your fever. The festival brings challenging, innovative and independent works to the Centaur stage.

Festival organizer and Centaur’s Executive Director Roy Surette says, “It’s our opportunity to celebrate independent theatre scene, both nationally and internationally. It comes out of a desire to give opportunities outside the Fringe Festival circuit to share some of the work and maybe hit a different audience.”

While summer’s Fringe Festival may seem like a distant memory underneath all that snow, its highlights are here to defrost our cold little hearts. Yanomi Shoshinz, winner of the 2012 Centaur Jury Pick for Best English Language Production, returns from Japan with a one-woman production, A Day in the Life of Miss Hiccup. Shoshinz is part clown, part mime and all energy. Audiences are so taken by Miss Hiccup’s antics and flower-bedecked duds that they forget that Shoshinz’s unique form of performance art is as masterful as it is precise.

Another Fringe hit, Nothing Never Happens in Norway, is not only a production with a double negative in its title, but also a raucous musical send-up of two works by gloomy Norwegian playwright Henrik Ibsen: Romersholm and The Master Builder. What should audiences expect? Political satire, social drama and Norwegian folk rock. Which one of these does not belong?

“There’s an organic evolution the selection process,” Surette says. Although many of the shows are associated with the Montreal Fringe Festival, Surette always “has an eye out.” For example, Deepali Lindbom’s trilingual Poutine Masala came to Surette’s attention during its sold-out run at the Mainline Theatre.

In the semi-autobiographical production Poutine Masala, Quebec and Bollywood unite like dance and comedy in . Dance is used to span cultural differences as Québécois boy meets, gets, loses and might get Indian girl back again. While some clichés are inevitable, the show has a few surprises in store. But, yes, there is an over-the-top Indian wedding.

Surette is pleased with the diversity of productions. “For us it’s a chance to break out of the parameters of our main stage season. The festival takes us in different directions.”

Two other productions are written and directed by local women. Ann Lambert’s Two Short Women follows two women whose tropical vacation takes an unexpected turn. Think The Hangover, but with more psychological thrills and fewer tigers. Life Here After is loosely inspired by Karla Homolka’s release from prison. The drama follows sixteen-year-old Carmen as she tries to find out the story behind her sister’s murder. After each public performance, the audience is invited to stay and discuss their reactions with the creative team behind the production.

“I’m excited by the variety and diversity of theatrical experience, from Bollywood musical to psychological drama with lots of comedy added,” Surette says, “I’m proud of each production for different reasons.”

“The festival goes by very quickly – we’re already through week one. The money goes right to the artists and helps them get their work seen,” he adds. “I encourage people to come out and support the indie theatre scene.” ■

The Wildside Festival is on through Jan. 13 at Centaur Theatre (453 St-François-Xavier), see the schedule for dates and times of individual shows.