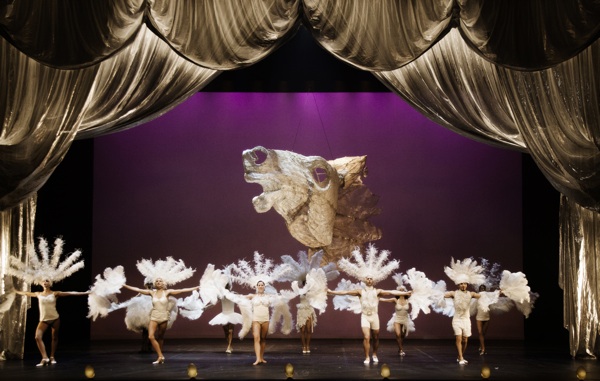 Salvador Dali makes a great circus theme. Circus, always flirting with the impossible, is the definition of surreal. Compagnie Finzi Pasca had the perfect excuse to focus on Dali for La Vérità, their inaugural production. Director Daniele Finzi Pasca was loaned a 9×15-metre scrim (theatre backdrop) painted by the famous Spanish surrealist to use in the show. Plus, coming from a long line of photographers, he’s a director with a visual eye. Finzi Pasca’s known for creating stunning tableaux in his shows for companies including Cirque du Soleil and the Canadian Opera Company.

So why is La Vérità so lacklustre? It boasts a strong concept and talented performers, but its acts need to mature. The sequences are promising but full of technical kinks — cue the ballet-dancing jugglers. Some should be axed altogether; the show is almost three hours long. For starters, might I suggest the painfully overdrawn bazooka/penis clown gag and the awkward pole dance/Chinese pole number? 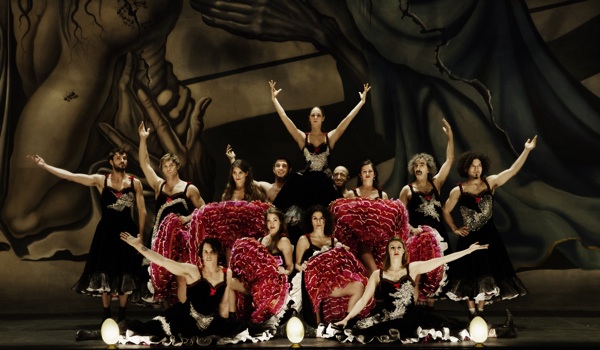 Finzi Pasca prizes the look of a sequence above all else. True to his signature style, La Vérità is visual poetry. The costumes, sets and lighting are often amazing. Take them away, however, and it might be easier to notice that many acts are mediocre or underdeveloped. I’ve seen the strongest all-around performer of the show, David Menes, transfix an audience with nothing but a glass ball. Putting him in a red tutu here was a fun gimmick, but little else.

Most of the time, there’s too much going on. This is worst for solid acts such as the pyramid trapeze, when distracting comic figures break the mood and pacing. The show also lacks unity. The Dali scrim could have anchored the show, but it’s actually infrequently used. Segments of the scrim are visually echoed and the clowns yabber about it; that’s it. The acts — dance, live music, clowning, crutches, various trapezes, contortion, juggling, diabolo (or rather, a hilarious play on diabolo that was probably the highlight of the evening), zig, roller skating, pole dance, hand balancing, straps, cyr wheel — reference a grab bag of ideas beyond Dali and surrealism. 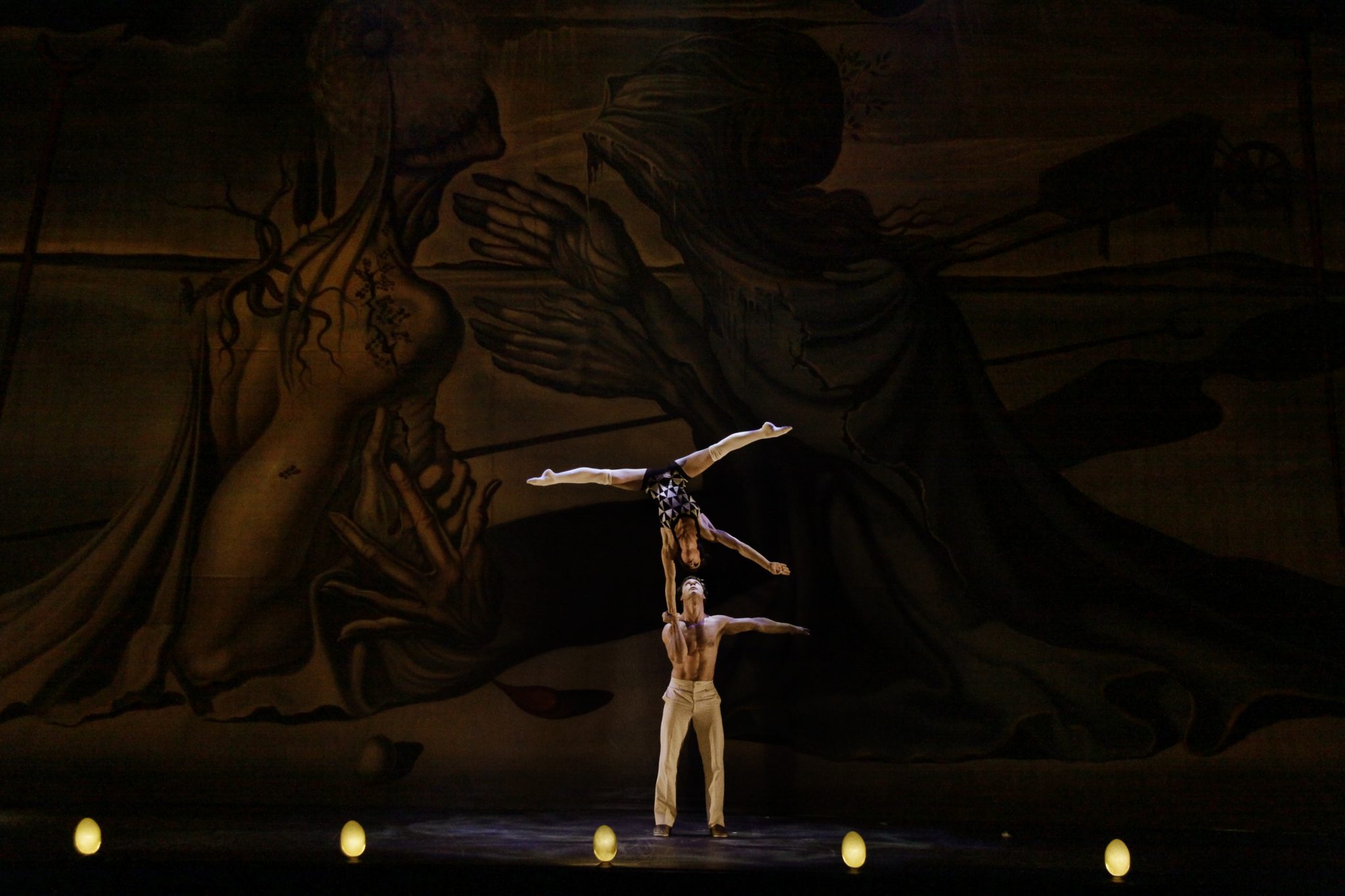 Performers in front of the giant Dali scrim. Photo by Viviana Cangiolosi.

Finzi Pasca seems to have used the scrim’s original use for a 1944 New York Metropolitan Opera production of a ballet, Mad Tristan (itself inspired by Wagner’s opera Tristan und Isolde), as a very wide and superficial jumping point. There are unfocused references to ballet, opera and 1940s Broadway, but also less explicable references that were constantly repeated, such as Les Folies Bergère (can-can, Loie Fuller). All these styles make for an uneven show.

Finzi Pasca has skilled performers and exciting new contraptions (the zig is a multi-cyr; there are trapezes shaped like eyes and DNA helixes) at his disposal. If he had focused on creating one inspired show rather than indulging multiple inspirations, he might have given us something surreal in the best possible sense: a show that unsettles you, sticks with you.