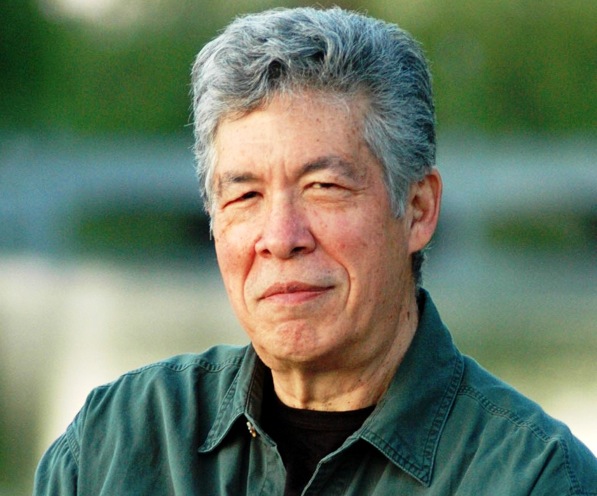 Thomas King tells it like it is. All of his works, from his novels to his 2003 Massey Lectures and CBC radio series Dead Dog Café Comedy Hour, are a mix of powerful storytelling, deadpan humour and deep intelligence. The Inconvenient Indian is no exception, and King’s “curious account” of First Nations history is as idiosyncratic and gripping as any of his fiction.

It is a hybrid text, neither history, essay, nor memoir. Instead King draws from each of these forms to create a richly layered story, one which combines the strengths of multiple genres.

King’s literary patchwork quilt is particularly apt for a study of native North Americans, a group made up of hundreds of individual nations and language groups. King illustrates the diversity of these cultures early in the book with an anecdote about his drum group, writing that the members were “Anishinaabe, Metis, Coastal Salish, Cree and Cherokee” and had “nothing much in common. We’re all aboriginal and we had a drum. That’s about it.” He writes that “there has never been a good collective noun [to encompass the various groups] because there never was a collective to begin with,” but for the purposes of this book, which draws on the experiences of both (Canadian) First Nations and Native Americans (in the U.S.), he uses Indian as a blanket term, joking that it is “the one name to rule them all.” Likewise, King uses White as shorthand for the various settler cultures in North America.

In a series of page-turning chapters, King guides us through Native history from contact, but instead of moving in chronological order, or from east to west, he never stays in one era or one place for too long. Throughout, he humorously pokes holes through some of the myths surrounding encounters between Indians and whites, among them debunking Captain John Smith’s claims of his romance with Pocahontas and visiting a monument in Idaho for a massacre of settlers by Indians that never took place. King also discusses the long list of terrible treatment of Indians by Whites, including the breaches in treaty rights by federal governments, the reserve system, residential schooling, the representations of Indians by Hollywood and more. 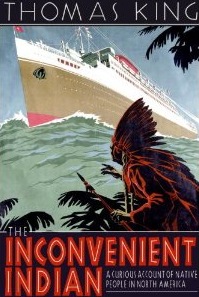 Where The Inconvenient Indian is at its strongest and most vital is when King discusses how the racism of these past crimes remains entrenched in contemporary life. In a chapter entitled “Forget About It,” King writes that in his travels he has spoken to countless people who tell him that he and other Indians should stop complaining, because “what happened [in the past] can’t be undone.” To show that the past isn’t past, King examines Native mistreatment just in the last thirty years, highlighting, for example, the lack of political will to implement any of the 440 recommendations in the report of the 1991 Royal Commission on Aboriginal Peoples. More chilling are the numerous abuses by police forces in Canada, including, among others, the Saskatoon police’s murderous “Starlight Tours” and the murder of Ipperwash activist Dudley George by police in Ontario.

In many ways, this is the crux of The Inconvenient Indian, and it echoes the claims put forth by the Idle No More movement and Attawapiskat Chief Theresa Spence. These protests are not over past mistreatment but the ongoing political neglect and endemic racism that are having very real effects in First Nations communities here and now. Writing on the 2008 apology for residential schooling, King argues that the apology was “a stingy thing, limited only to the abuse that Native people had endured in the residential school system. There was nothing in the apology about treaty violations. Nothing about the theft of land and resources. Nothing about government incompetence, indifference, and chicanery. Nothing about the institutional racism that Aboriginal people have endured and continue to endure.” The Inconvenient Indian is a timely book and a perfect primer for anyone interested in the larger context of Idle No More. This book is highly recommended. ■

Jeff Miller is the author of the award-winning short story collection Ghost Pine: All Stories True. He lives and drinks whisky in Little Italy.