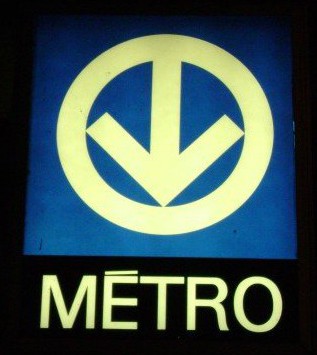 Two weeks ago, an email from Communauto, a car-sharing service I subscribe to, landed in my inbox saying I qualified for the STM’s new Maestro program — a loyalty program for, evidently, all those Very Important People who take the bus and metro.

Why me? According to the STM press release, only a mere 20,000 transit users will qualify in 2013 for this badge of honour and prestige. Were all my years of buying monthly bus passes finally getting me somewhere, other than my destination (85 per cent of the time)?

As it turns out, the answer to that is yes. Sort of.

“The Maestro status allows the STM to reward its loyal customers and encourages customers to sign up for the long term,” says STM spokesperson Isabelle Tremblay. People who’ve been signed up for the annual Opus card subscription for at least a year now qualify to be able to bring friends on public transit — for free! — on weekends and after 6 p.m. on weekdays. I’d qualified by doing the very least possible (although I still have to go and get my picture taken for my brand new VIP Opus card, so who knows when that’ll happen?)

It’s not entirely altruistic of the STM, though. Tremblay says the transit organization hopes the Maestro program will help promote non-rush hour public transit usage while getting current transit users to hip their gas-guzzling friends to the cool, new way of being a mobile hobo.

Not that being a mobile hobo is cheap these days. Though two of the privileges this VIP right here enjoys are paying the 2012 fare in 2013 and getting one month free, it still costs a buttload more for a bus pass now than it did when I was a 12-year-old high school student (back when Montreal buses had stairs!). Whether the Maestro program helps bridge that pricing chasm depends on how fully you make use of its other benefits, which include a $20 discount on Bixi memberships and free bus access in Quebec City.

But hey, at least they’re trying, right? Plus, never underestimate the profound sense of satisfaction one feels when blowing past the first-of-the-month lineups. ■