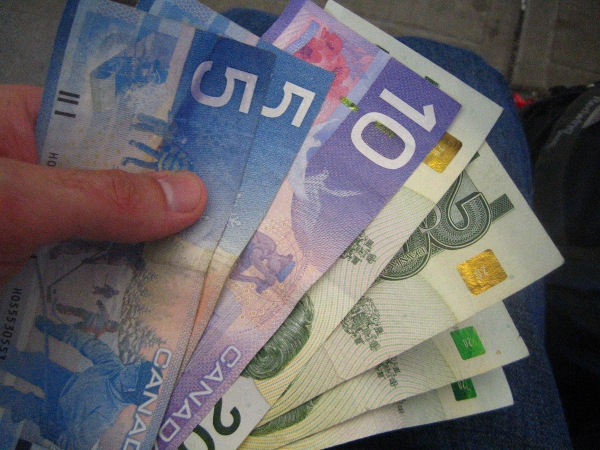 Well, we’re back. After a couple of weeks of welcome lethargy, we return to you, the person who presumably cares about news, to give a cursory once-over to happenings here and sometimes elsewhere.

Like the fact that today, many of us returning to work won’t be able to stuff those crisp new $20 bills in our pockets into vending machines, thousands of which apparently can’t accept our central bank’s polymer latest. Apparently the “acrimony” between the bank and our noble vending machine operators, who provide us with everything from junk food to pharmaceuticals, is coming between you and your lunch, or even your medication. So if you see a starving coworker in the lunchroom, we implore you to do him or her a solid and feed the machine some still-not-obsolete change.

While some of you babies are whining about all the snow, saying it’s preventing you from, oh, getting around, the winter sports industry is, shockingly enough, raking in the big bucks. So start an artisanal snowmobile rental company or something, young urbanite, and watch the money pile higher than the snowbanks outside your Mile End home.

In slightly more unsettling news, a newly declassified report confirms that Canada was on Osama bin Laden’s hit list. So, like, breathe a sigh of relief when he gets his at the end of Zero Dark Thirty, bro.

If you found yourself at an STM ticket booth on or since Jan. 1, you may have noticed the price of a monthly pass has jumped from $75.50 to $77 for adults, and from $43.75 to $45 for students. But the STM didn’t raise it as high as it would have liked, as it so humbly points out on its website. Since the STM’s budget talks were announced in October, there have been some questions as to whether the cash grab that is the annual fare hike is commensurate with increases in service. A couple of months ago, Fagstein published fares from 2008 onward, showing a 17.4 per cent increase in the adult monthly fare over the past five years, and 26.4 per cent for students. Dude, can you believe we used to pay $66.25 back in 2008? Think about that while eating a slice of 99-cent $1.29 pizza and waiting to book it back home on the last metro at 1 a.m. on a Saturday. ■