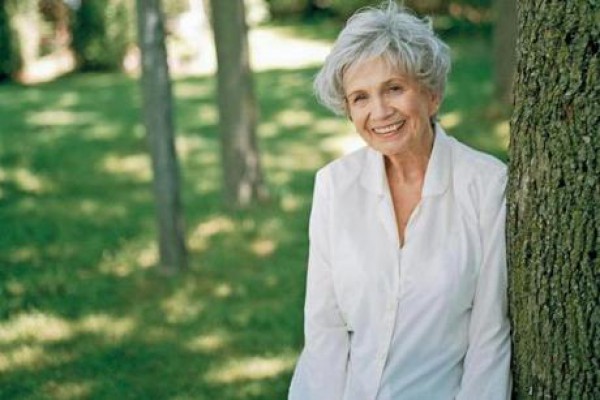 Alice Munro can be a tough sell among contemporary readers. At 81 years old, she is still writing stories that are mostly set in the small towns of southwestern Ontario. Unlike much contemporary writing, which includes fantastic elements such as talking animals and superheroes, Munro’s writing is rooted in everyday realities. Her style is plain, and for the most part she avoids metaphor. Although she does manage to include one reference to email in this new book, Munro is clearly more concerned with the past than the present moment. So why should we read Munro? For the most important reason, of course: technical virtuosity and deep emotional resonance. She is Canada’s best writer.

Dear Life is Munro’s 14th collection, and in some regards these new short stories can be seen as a culmination of her brilliant body of work, one which has nabbed her every Canadian and international literary prize short of the Nobel. These stories revisit all the major themes explored throughout her oeuvre: the lives of women, the restrictions of small town life, sex and adultery. They also span the 20th century; “Amundsen” mentions the ration cards and tuberculosis sanatoriums of the 1940s, “Gravel” and “Haven” take place in the 1970s and each story shows how the rise of social liberties brought on by the cultural revolution coexist with the stubborn persistence of old-fashioned values. And in “Pride,” set sometime in the past decade, two senior citizens with little else to do watch public television together, the narrator noting happily that “there were a lot of good programs in those years.”

Although many of these stories are concerned with morality and its lapses, they do not moralize. While most of the wrongdoings depicted fall short of criminal, the adulterers, promise-breakers and those who abandon friends at their moments of greatest need all go unpunished in any way. Despite her interest in morality, Munro understands that there is precious little comeuppance in this world, even for those who seek to be punished. In one story, a character wracked with guilt for their role in the death of their sister is advised to “be happy . . . No matter what. Accept everything and then tragedy disappears.” 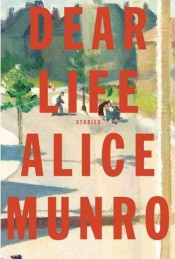 It is often suggested that Munro’s stories are closer to condensed novels than short fiction, as she has the uncanny ability to boil down a character’s life to their most significant moments. Her characters’ lives are dramatized with such compression that they become incredibly vivid in the reader’s mind. For just one example, in “Dolly,” Munro describes one character’s jealousy so fiercely that the reader becomes convinced that the woman’s husband must be cheating on her with an old flame, making the revelation at the end of the story all the more humorous and moving.

The final four stories in the collection are what Munro calls “not quite stories,” but rather “the first and last — and closest — things I have to say about my own life.” These short memoirs aren’t as married to the conventions of narrative, and they linger on the strange details of real life that often seem alien when presented in fiction. For instance, in “Night,” Munro recalls a period of insomnia she experienced as a girl and how she cured it by walking around the farm that she grew up on. Here she offers up richly detailed descriptions of her world at night, noting how the birds “woke far earlier than I would have thought possible. But soon after those earliest starting songs, there got to be a little whitening in the sky. And suddenly I would be overwhelmed by sleepiness.”

That the stories in Dear Life are just as gripping and technically superb as any other she has written during her long career is astonishing, but the strange effect of reading them is the reason to buy this book. It is hypnotizing to watch a character’s life take shape, coming together or falling apart so realistically in a matter of a few pages that you would swear that you knew them, and regret their passing once the story is ended. ■