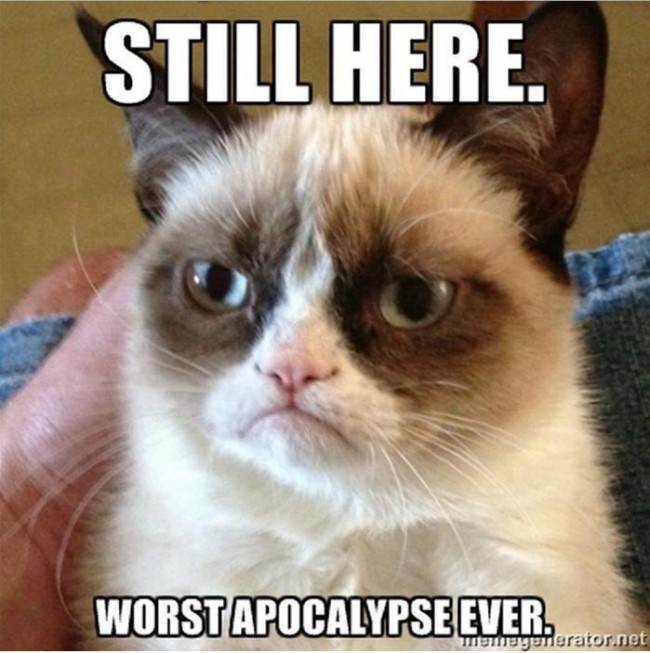 On the eve of the apocalypse that wasn’t, the apocalypse that actually was — that is, if you hold or work for some kind of public office — claimed another victim (a term we use in its loosest sense). François Thériault, a construction site inspector who testified during the greatest commission in the history of time (or at least municipal politics), the Charbonneau Commission, was arrested. Thériault, if you recall, readily admitted to accepting hockey tickets and other goodies, notably a trip to the Dominican Republic with construction macher Tony Conte, but, being of sterling moral character, he insisted he didn’t take kickbacks. Well, not so — or so the SQ found upon searching his home. We hope he was inventive enough not to keep the currency under his mattress.

But enough with this corruption stuff. Christmas is almost here, and Darwin, the monkey who changed the way we look at Ikea parking lots, is on lockdown. Darwin’s owner, Yasmin Nakhuda, wants him out ASAP, promising she’ll move to a place where he can count as a housepet, but no one’s going anywhere until the wheels of justice do their proverbial thing. For shame, Toronto.

Today in bright ideas, in the wake of last week’s school shooting in Newtown, CT, the National Rifle Association has proposed that armed police be stationed in our places of learning. Per preeminent lobbyist Wayne LaPierre, “The only thing that stops a bad guy with a gun is a good guy with a gun.” Or, you know, the inability to buy a gun legally. But that’s just semantics, right?

David Keene, the president of the NRA, is the esteemed winner of the WTF moment of the week for comments made at the aforementioned press conference. “This is the beginning of a serious conversation. We won’t be taking any questions,” he told a roomful of members of the media, who then mocked him mercilessly on Twitter.

Closer to home, following two defections from municipal parties — Anie Samson from Vision Montreal, the party she co-founded, and Harout Chitilian from Union Montreal — city hall is now made up mainly of people with no party affiliation. Will these disaffected politicos rise up and overthrow our much maligned system? Will anarchy ensue? Probably not, but it’s always fun to speculate.

And thus concludes this year’s WTF roundups. See you in the New Year! ■