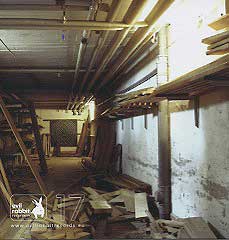 Although free improvisation likely harks back to the Paleolithic, the modern non-idiomatic form was first recorded in the mid-’60s, the unruly offspring of jazz and avant-garde classical music. Seminal figures included Webern-loving U.K. guitarist Derek Bailey, who avoided fixed groups in favour of jumbling diverse musicians for one-off happenings. His annual Company festivals tossed unrelated genres together, their overall results less important than the struggle for exhilarating moments of unclassifiable cohesion sprung from unpredictable combinations.

Fast forward 50 years, and free improv vibrates in virtually every ville. Montreal teems with activity, a longstanding tradition nourished by weekly series like the Cagibi’s Mardi Spaghetti and Mercredimusics at the Casa Obscura. But for every obvious hotbed of London, New York and Tokyo, strong scenes persist in lesser-known locales like Beirut, Lisbon and Rimouski.

Utrecht also harbours a thriving scene, led by flautist Mark Lotz and bassist Meinrad Kneer who have presented over 120 concerts since 2007. U-Ex(perimental) is an exemplary free improv studio recording that documents 13 Dutch musicians.

With Lotz and Kneer appearing throughout (Lotz lays out on one track), bass and flute textures predominate. While Kneer tends to bow thick, continuous textures, the flute playing relies more on extended techniques, from breath to pops to trilling lines. Improvised music is always dependent on local circumstances, and in this case the tiny studio precluded piano and drums. This left voice, guitars, laptop, strings and woodwinds.

The CD includes 26 miniatures, ranging from one to five minutes, from duos to sextet. While Company’s mix ‘n’ match formula is retained, certain subgroupings are given more space than others. For example, the trio of Lotz, Kneer and Yedo Gibson on sax appear on six tracks, while Koenraad Ecker’s laptop appears just once. Well-known participants included the ICP’s Mary Oliver and the Astronotes’ Joost Buis, although younger musicians are also featured.

There are no belly flops in this coherent and deep pool of music. The short durations drown any notions of toe-dipping; plunging-in is the only option. Highlights include the frantic “Blitzfish” with Jodi Gilbert on vocals, splashing in and out in 1:03, and the eely slides of the sextet in “Beach Life.”

Well well, some new music from M.I.A., ahead of her long-awaited record, Matangi, which may see the light of day sometime soon. We’re guessing she’ll leak it herself on Christmas.

L.A.’s Cold Showers throw up some neon noir in this video directed by Brian Davila. The aura of ’80s underbelly is a good fit for their charcoal new wave sound.