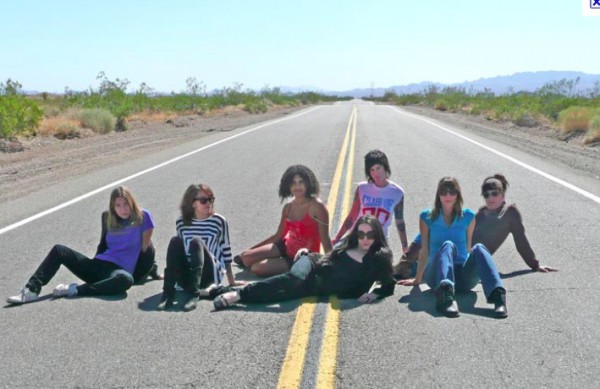 Sister Spit has been a roving literary roadshow since 1997. Touring from city to city across North America and Europe, a half-dozen or more queer and feminist writers put on a show every night, giving quick, passionate performances in nightclubs, bookstores and university halls. Montrealers will once again have a chance to witness this spectacle when Sister Spit passes through town in Spring 2013, but in the meantime, we have Sister Spit: Writing, Rants & Reminiscence from the Road to tide us over.

This is the first publication from Sister Spit’s new imprint for San Francisco’s City Lights Books, and it is a promising first outing. Collecting short pieces from over 20 veterans of the tour, the voices in this anthology are fierce and tender, intimate and hilarious. Among the best pieces are Eileen Myles’s autobiographical story about the chaotic party held to celebrate the launch of her first book, which serves as an evocative portrait of the famed Lower East Side art scene of the early 1980s; an excerpt from Ali Liebegott’s forthcoming novel Cha-Ching, which brings readers into the world of an alcoholic on the brink of a life-changing move; and Ben McCoy’s sly essay about the gang of thieves who pulled the largest jewelry heist in European history, and did it in drag.

In discussing the caper, McCoy interprets it not as a simple theft, but a political statement for trans rights, writing that, “On top of the phobia and discrimination that trans people face, we are also constantly expected to be ‘fierce,’ ‘flawless,’ and ‘fashion-forward,’ which is not cheap, girlfriend.” 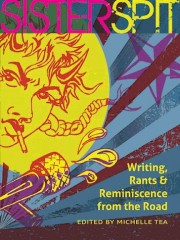 The contributions from Lenelle Moïse, Beth Lisick, and Michelle Tea herself are also standouts, and the anthology also includes hilarious tour diaries by Blake Nelson, Rhiannon Argo and MariNaomi, among others, which give readers a glimpse of the behind-the-scenes trials and triumphs that occur during each tour.

The organized chaos of the Sister Spit tours is bound up in the pages of the anthology. Here, world-famous poets rub shoulders with younger writers. The anthology also mixes genres, including poetry, memoir, political pieces, novel excerpts and comics (by underground sensations Nicole Georges and Cristy Road). Despite the array of literary forms represented, the anthology’s individual pieces fit together perfectly, and are drawn together by Tea’s introduction, which charts Sister Spit’s origins and states her commitment to continuing the project in the future.

As Tea writes, “Back in the 1990s, Sister Spit is what I did instead of going to college. Almost twenty years later, I’m still doing it, bringing our lived example of outsider experience . . . directly into universities nationwide.”

As promised, the stories collected in Sister Spit: Writing, Rants & Reminiscence from the Road offer the kind of outsider experiences that have become a rarity in the ‘gentrified’ pages of most contemporary literature. ■