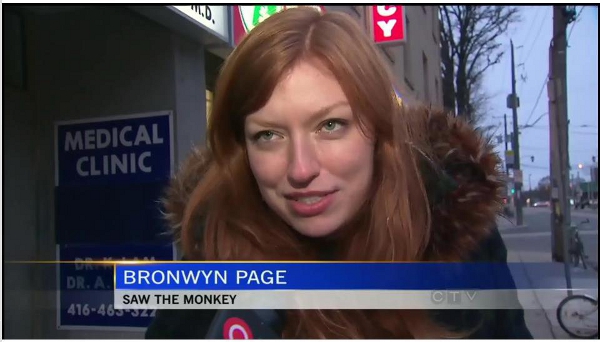 So here’s the news: it snowed. In December. Yes, we know it’s coming, but each year it seems to surprise us more than the last, as traffic comes to a halt and we all wonder, some of us more loudly than others, where all this infernal crystalline water ice came from.

Who can we turn to in these cold, precipitation-filled times? Our province’s new environment minister, a man the Edmonton Journal notes is nicknamed “Goon,” likely won’t have the answers. That guy, Yves-François Blanchet, does, however, have a DUI on his record for drunkenly sitting in his parked car back in 2008, apparently to charge his phone’s battery. Just know that, while he may not pass a breathalyzer test, he ain’t serving as a mouthpiece for militant environmentalists.

As Dec. 12, 2012 approaches, the Internet’s aflutter with talk of 12-12-12. The Canadian Press newswire ran a story today (that appeared in a number of Canadian newspapers) about how couples are taking the plunge on a “once-in-a-century wedding date.” Not to burst your bubbles, lovebirds, but every date comes but once in a century — or in all of history, for that matter.

Over the weekend, a seven-month-old monkey in a winter coat stole the hearts of Torontonians as it wandered, confused, through an Ikea parking lot before getting cornered and hauled off by animal services. The story has since gone viral, proving the point yet again that Canadians will rally behind any fluffy bit of news, especially if it involves adorable monkeys, preferably in stylish winter coats…

…Or British royalty, in any kind of seasonal garb. Speaking of fluffy stories, have you heard that Kate is pregnant? And that, like, she’s totally got morning sickness? Like some rare, crazy form of morning sickness that has her planted squarely in front of the toilet, blowing chunks? And — BREAKING NEWS — can you believe an event had to be cancelled as a consequence? Oh, the humanity!

A little closer to home, it looks as though The Gazette’s been publishing pages of Jack Todd’s diary again. Last week the paper also ran his call to arms, in which he likened the role social media played in mobilizing the Arab Spring to what could happen if people got organized against the NHL lockout, or “to oppose the entrenched powers,” as it were. Sigh, headdesk. ■