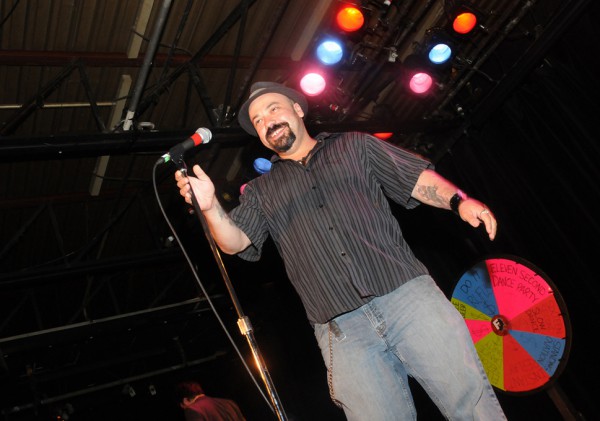 If MainLine theatre doesn’t raise $15,000 by the end of the month, the beloved space will close for good.

Like George Bailey in It’s A Wonderful Life, but with more facial hair, MainLine’s artistic and executive director Jeremy Hechtman needs the help of the community to save his business, and in his hour of need is learning just how important the MainLine has been to the local theatre scene since opening in 2005.

“I’m not a sentimental guy,” Hechtman said yesterday, two hours after posting his plea for donations online. “But I’m sincerely touched by all the really nice things people have said. I’ve heard from people from all over the world, who’ve been here for Fringe or Just for Laughs. If I can get 20 dollars from everyone who loves this place, we won’t have a problem.”

Even though the theatre is booked till June, a confluence of factors have caused what Hechtman describes as a “perfect storm of debt.”

The space is popular, albeit mostly among small, independent theatre companies that can barely afford the initial deposits and can only pay once tickets are sold (a policy that Hechtman admits ends up hurting them in the interim). Another factor is that the MainLine lacks a liquor licence, and generating money by exchanging beer for “donations,” is no longer kosher, meaning party planners have taken their business elsewhere. Hechtman figures they lost a prospective $2000 by not holding a New Year’s Eve party this year.

The potential for moving to cheaper digs exists, but moving out now would do nothing to fix their short-term cash flow problems. Their current woes are also restricted to the next three months: if they receive enough money to hang on until March, Hechtman says enough grants/funds/donations will come in to allow them to survive till next November. He says MainLine typically doesn’t generate revenue from late November through March, but they’re usually prepared for it. It was only a week and a half ago that Hechtman realized pleading with hat in hand was his only solution.

“There isn’t much left we can cut in terms of costs, where we can trim down some expenses,” he says. There are currently four employees at MainLine, down from about eight this time last year. “We’re not even printing Christmas cards this year, how sad is that? We used to get the staff together for a photo shoot, but it’s a $200 expense and we couldn’t even do that.”

Fringe Fest will continue with or without MainLine, but really, could you imagine Fringe without it? Odds are good there’ll be some sort of benefit show as well, so stay tuned for more info on that.

In the meantime, if you want to help, head here. ■