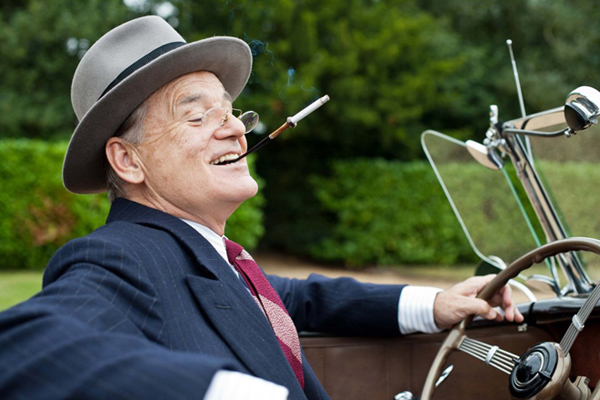 With apologies to the great Bill Murray, this movie reeks of Oscar’s BO. Beginning with a “tour-de-force” performance by a genre-defying actor (Murray) in an unlikely role as a beloved American historical figure (Franklin D. Roosevelt), Hyde Park on Hudson has all the hallmarks of an odourous shoe-in (bam!) for nominations at the upcoming Academy Awards.

Against its favour, boundless comparisons to The King’s Speech will naturally arise, rendering Roger Michell’s Hyde Park an even more lifeless runner-up. The unlikely (and unproven) love story between FDR and his cousin, Daisy Suckley (played by a woefully restrained Laura Linney), is here set against the backdrop of stuttering King George VI’s timely state visit to the United States on the eve of the second World War. Behind the political pretense of better Anglo-American relations, the King and his wife, Elizabeth, were actually on a diplomatic mission of far greater importance: ensuring the support of an ally in the face of Nazi Germany’s ever-growing menace.

Indeed, the subtleties of the scenes depicting the private banter of the King (Samuel West) and Queen (Olivia Colman) mitigating the “humiliation” of an international state visit which would include a hot dog picnic (the indignity!), with the PR necessity of making themselves appear down-to-earth, are the most engaging, nuanced, and poignant moments of the film. The only difficulty is, this film isn’t really about them.

Come to think of it, this film isn’t really about anything. It’s neither a sweeping romance about a secret affair between famous kissing cousins, nor a compelling drama about momentous events that would shape history. Hovering somewhere between the two, it fails as both. Sadly, the most interesting thing about Hyde Park will likely turn out to be the speculation as to which Oscar categories it will be nominated in. (Anna Phelan) 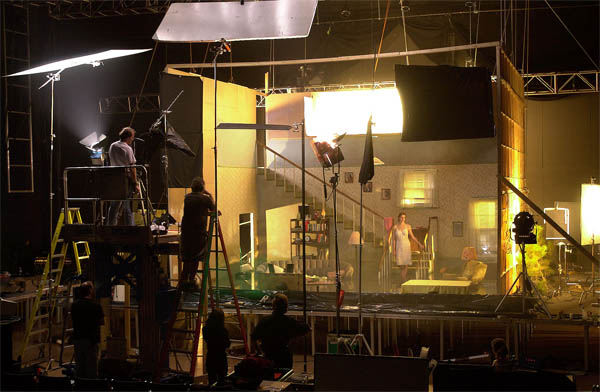 Photographer Gregory Crewdson, now 50, makes cinematically staged panoramas of suburban life. Colourful and grotesque, his photos present the world in a way our eyes can’t ever see it: everything is in focus, which invites viewers to zoom in on different characters and scenes in the work. Kind of like Where’s Waldo for gallery goers.

In this way, each of his photographs evokes multiple stories — enough for many movies. Unfortunately for Ben Shapiro, the director of this documentary covering the photographer’s biography, creative inspirations and photo-shoot techniques, Crewdson’s photos are so mesmerizing that they far outshine anything else in the film.

To shoot this documentary, Shapiro followed Crewdson over eight years as he worked on his Beneath the Roses series of 50 photos. Behind-the-scenes visits to his shoots are interspersed with interviews with Crewdson, novelists Rick Moody and Russell Banks and photographer Laurie Simmons. Movie-lovers will appreciate Crewdson’s film-inspired technique and style (and get a kick out of how uncannily he resembles Jon Lovitz).

If Shapiro’s aim was to showcase Crewdson’s art, he’s succeeded. But Shapiro adds nothing of his own to the themes that Crewdson so fascinatingly explores: the elevation of storytelling over documentation, or the quiet beauties and anxieties of suburban life. This is a point-and-shoot kind of doc, and little is revelatory about the interviews or very remarkable about Crewdson’s biography and inspirations. In the end, there’s more action in one corner of Crewdson’s photos than the entirety of this documentary. (Crystal Chan) 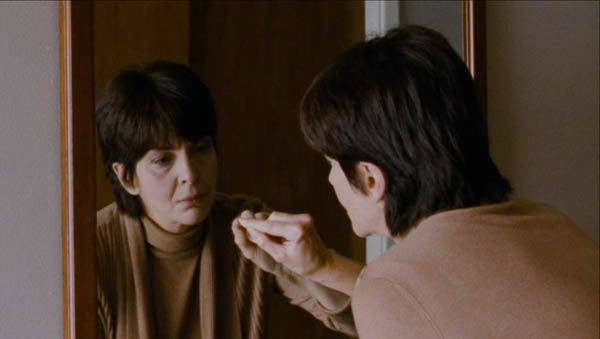 Written and directed by Simon Galiero (Nuages sur la ville), La mise à l’aveugle (French for the poker term “small blind”) focuses on Denise (Micheline Bernard), a just-retired financial director of a big company, who has left her husband Michel (Julien Poulin) and moved into a small apartment in a lowly neighborhood.

Pushed aside by all her former friends and colleagues, as well as by her son Alex (Pierre-Luc Brillant), who has inherited her position at the company, Denise finds it impossible to communicate with the people from her former life. Instead, she is befriended by her low-life neighbors, 20-something Eric (Marc Fournier) and 60-something Paul (Louis Sincennes), who spend their days playing poker and drinking — as well as sharing the same girlfriend, a fast-food restaurant waitress named Julie (Christine Beaulieu).

La mise à l’aveugle‘s main character is Denise, but as the movie delves into her relationship with her neighbors, it fails to provide any real insight into any of the characters. There are some hints that Alex  is unhappy at work, but we get no development of his side of the story. Script-wise, there is not enough of a plot to drive the film forward.

On the other hand, Bernard does a remarkable job at portraying Denise. She is restrained, calm, secretive — the perfect poker-face. However, this is the film’s only strength, and it otherwise fails to engage in any real character or story development. Instead, what we get are caricatures of four people who are all losers, each in their own way.  (Radina Papukchieva) 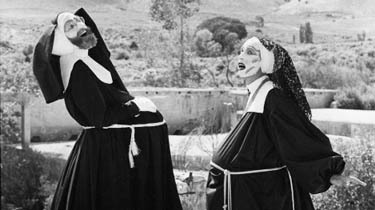 Joy! Portrait of a Nun

Joe Balass’s doc tells the tale of the Sisters of Perpetual Indulgence, a radical queer group of cross-dressing nuns. The group originated in San Francisco during the heyday of gay liberation, and today its members are mostly senior citizens, who reminisce onscreen about the group’s glory days and explain their self-identification as nuns.

Sister Missionary Position Delight, a sweet, grandfatherly figure who acts as the Sisters’ unofficial archivist, is the film’s de facto narrator. Through his and some of the other Sisters’ recollections, what first seems like pure camp silliness reveals deeper layers of spiritual and social meaning.

Balass’s cinematic style is very odd. Though the film is punctuated by still tableaux which are quite beautiful, it also includes a lot of shaky hand-held footage of in-between moments that most filmmakers would have left on the cutting room floor. The inclusion of this footage could be called boldly raw, if you were feeling charitable.

All the same, it’s a fascinating portrait of gay subcultures (plural intended; aside from the Sisters, a few other ones are covered as well) done with a lot of heart. This weekend, Sister Missionary Position Delight and two other Sisters will present the film at Excentris and answer questions after the screenings. (Malcolm Fraser)

Also in theatres this week is Peter Mettler’s psychedelic, philosophical documentary The End of Time. See our review from this fall’s RIDM documentary festival. ■