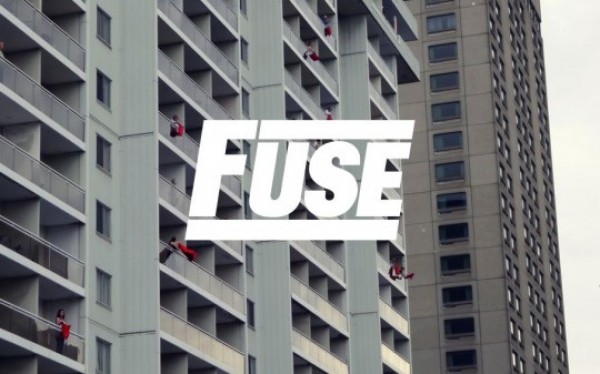 Entitled “Promiscuous Infrastructures ou la lutte pour l’invention de possibles,” the issue itself came about thanks to a bit of institutional sluttiness, explains Artivistic’s Kevin Lo, who describes the project as “a promiscuous three-way collaboration.”

Artivistic, an art collective with fluid membership and a strong anti-capitalist bent, guest-edited the edition, inspired by the desire to investigate how “a publication like FUSE, an artist-run centre like Skol and a very DIY collective like Artivistic can sort of help each other out,” says Lo.

The issue focuses on student activism, still very much on the minds of many after the protests of the last year, but it looks beyond the  Printemps érable and the province-wide backlash against Bill 78. While Quebec’s student protests are discussed, the collaboration aims to tease out the broader scope of student uprisings in the context of neo-liberal capitalism, as well as examine the political and economic nature of universities as institutions.

“It definitely emerges from the strike, but it’s not quote-unquote about the strike. There’s a bit of a timeline, a few snapshots here and there, but it’s more about education and austerity,” Lo explains.

“The goal was not really to have an in-depth review of what happened. We don’t want to tell people what they already know, and I think a bit more time is needed before there’s any sort of real hindsight. What we wanted to do was reflect a bit, have a bit of a broader context for reflection.”

The issue still feels timely, though; as universities’ budgets continue to be slashed, it couldn’t be more clear that the jokers in Parliament don’t give a rat’s ass about accessible education. But “Promiscuous Infrastructures” also looks at the intersections between capitalism and education politics more broadly, revealing patterns that repeat at an international level and forging links between the conflicts, goals and tactics of frustrated students around the world, as well as situating them historically.

“One of the main articles is a very in-depth history of the university as an inherently capitalist institution, looking back a bit,” says Lo. “There is stuff that’s directly from our experience of the strike, but there’s also a lot of complementary texts from elsewhere — from London, from Italy — that were also dealing with student strikes and student uprisings.”

Somehow, it’s reassuring to know that we’re not in this alone. ■