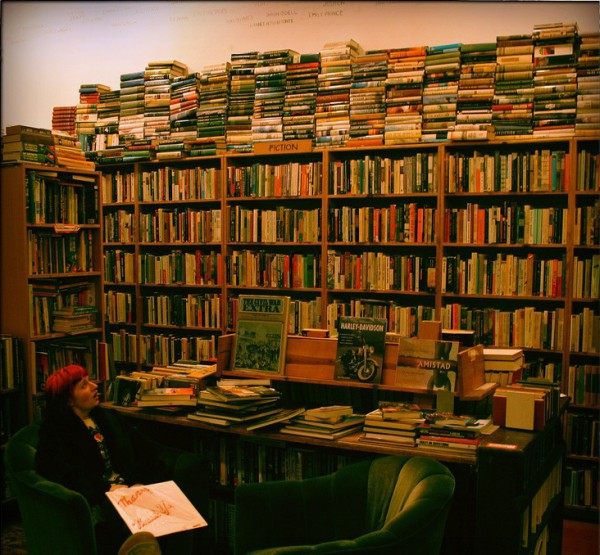 This year saw new releases by scores of tried-and-true fan favourites and confirmed lit-canon luminaries, including Salman Rushdie, Zadie Smith and J.K. Rowling, but let’s not forget the little guys. Cult‘s reviewers offer up their lists of books that shouldn’t be missed as we head into the new year (and its new books). 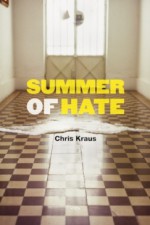 Summer of Hate by Chris Kraus (Semiotext(e))
2012 was the year that writers began examining the zeroes, that unruly decade that began with the Y2K bug and ended with prophecies of the Mayan apocalypse. While several novels published this year dramatize the wreckage of the war on terror, Chris Kraus’s new novel focuses on the home front. Telling the story of a university professor’s unlikely romantic relationship with an ex-con, Summer of Hate examines the widening wealth gap in the United States. This is a searing read. Paced like a thriller, this novel delivers believable characters and a gripping plot, even as it relentlessly exposes the inequity of American justice.

Oh, Canada, ed. Denise Markonish (MIT Press)
This catalogue for the immense survey of contemporary Canadian art currently on display at MASS MoCA in in North Adams, Massachusetts (until April 2013) is a beauty. Collecting work from dozens of the country’s best young artists in a single place, this volume is a colourful snapshot of the embarrassment of riches that is the contemporary Canadian art scene. Handsome book design, hundreds of images, artist interviews and essays from cultural commentators make this book a must for your coffee table, even if the “aw shucks” tone of the American curators sometimes comes off as a little unnecessary.

The Gentrification of the Mind: Witness to a Lost Imagination by Sarah Schulman (University of California Press)
In her brilliant critique of contemporary culture, novelist Sarah Schulman analyzes the ongoing impact of the AIDS epidemic. She argues that the AIDS crisis was at the center of urban gentrification, as the apartments of gay men who died in Manhattan were snapped up by real estate investors. Similarly, it led to the homogenization of cultural production, as many members of the American avant garde were among those who perished. A member of ACT UP, Schulman argues that this heavy damage to the NYC queer community led to the current depoliticization and homogenization of the art world and the wider culture. This is the most important book of the year. 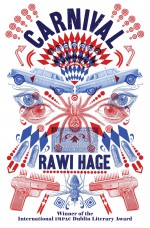 Carnival by Rawi Hagi (Anansi)
Local luminary Rawi Hage‘s latest book has already scooped up numerous literary awards and prizes, and even the most cursory skim of Carnival reveals why: his delirious prose and twisting narrative offer access to the mostly invisible underbelly of the city, that shady landscape of pimps and thugs and night-time creeps that most people ignore until they need to score something illicit. The novel follows Fly, a roving cabbie who’s constantly on the move, weaving his encounters with the underworld into his extensive fantasy (and masturbatory) life, in the tradition of (and much indebted to) Jean Genet or William S. Burroughs.

Building Stories by Chris Ware (Pantheon)
Near-god Chris Ware’s latest offering arrives in a giant (heavy!) boardgame-like box, filled with everything from pamphlets to comics to a 3-D paper building kit. Documenting the lives of a single building’s occupants, Ware’s huge heart and beautiful imagery return a sense of play and wonder to the act of reading, refusing any attempt to impose order, linearity or a strong sense of narrative in favour of glancing insights into individual lives. He’s found the perfect response to claims that physical stuff doesn’t matter in the digital age; Building Stories isn’t a book, it’s an artifact, and an eminently collectable one at that. This is mandatory reading for anyone with eyes. 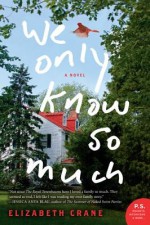 We Only Know So Much by Elizabeth Crane (Harper Perennial)
Elizabeth Crane’s debut novel crams as much heart and humour as you can fit into a single story. She takes a page from the Jonathan Franzen playbook, with chapters moving between character viewpoints to show precisely how troubled each individual member of the featured Copeland family is: perfect suburban Mom Jean’s secret lover commits suicide; her know-it-all husband Gordon is rapidly losing his marbles; their youngest child Otis struggles to balance a new interest in girls with his idiosyncratic weirdness, and their daughter Priscilla is a raging teenaged bitch. Meanwhile, the grandparents dodder through the novel’s background, clear targets for the book’s inevitable moral lesson about love and responsibility. Crane has a fresh, funny voice that brings each character alive and renders them dear, making this the perfect thing to either tide you over til the next Franzen drops, or let you join someone else’s fucked-up family for a few hours after a long holiday visit with your own. ■

Jeff Miller is the author of the award-winning short story collection Ghost Pine: All Stories True. He lives and wraps Christmas presents in Little Italy.

Emily Raine lives a few blocks east of Jeff Miller, and she still hasn’t written a book yet (sigh).