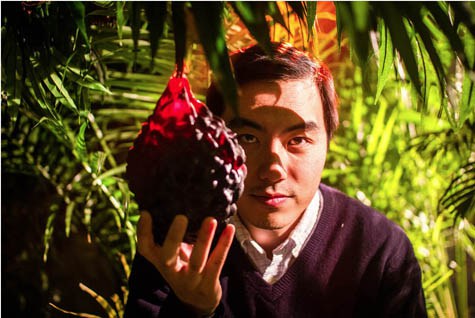 When Montreal author Adam Leith Gollner’s bestselling book The Fruit Hunters: A Story of Nature, Adventure, Commerce and Obsession first hit the shelves in 2008, I was fascinated. As someone who has never gone wild over fruit, it not only opened my eyes to a group of people scattered all over the world who literally went (insert fruit-related term for mass-hysteria) over the stuff, but its rich historical context and vivid storytelling got me hooked on this surprisingly bizarre and often hunger-inducing topic.

So when I heard that Montreal filmmaker Yung Chang (Up the Yangtze, China Heavyweight) had decided to adapt Gollner’s book and turn it into a documentary that’s set to hit theatres this Friday, I couldn’t wait to see how it would be translated onto the screen.

The result is a beautifully shot, heartwarming glimpse into the world of fruit hunters: people who, to put it mildly, are obsessed with the cultivation, preservation and discovery of these seed-bearing plants and trees. Narrated by Chang, the film takes us from Borneo to New York State, from the hills of Hollywood to the hills of Umbria, Italy, linking the present to the past while highlighting the dangers of our global fruit industry and how many varieties of them are on the verge of extinction.

And he’s not alone. Through interviews with other hunters like Honduran scientist Juan Aguilar, who is trying to develop a new banana variety, and Italian fruit detective Isabella Dalla Ragione, who searches for the forgotten, we’re privy to an enthusiasm and excitement that’s almost as intoxicating as their delicious quarry.

Just as these fruit hunters play an important role in the film, the fruit itself becomes the focal point, with close-ups of a huge durian fruit being cracked open, its white, almost cream-like flesh being scooped out by the handful, or varieties of full, ripe mangos being auctioned off, baskets of them paraded around a salivating crowd who momentarily get a whiff of what lays beneath its skin.

The story of The Fruit Hunters, however, is about more than just this Willy Wonka world of exotic, crazy fruits and the kooky characters who adore them. It’s about what fruit means to us, how our perspective of what we consider fruit has changed, and the lengths to which we’ve gone (and will go) to experience that euphoric taste sensation that only a ripe fruit plucked right from its tree can offer. The outcome is that the hunt is often bittersweet. ■

The Fruit Hunters opens in theaters in Montreal and Toronto on November 23 (Dec. 7 in Vancouver and Quebec City).