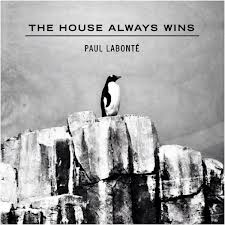 It’s easy to become inspired when living in a city like Montreal. Without listing its glory in bullet form, we can all agree that there’s enough around to work with on the daily to push anyone to create, write, think or do whatever it is that they feel qual(nt)ifies inspiration.

For photographer and author Paul Labonté, it’s all about the narrative. “I like telling stories. Doesn’t matter if it’s a picture, or an email, or a book, or a video, or a short film. I just want to tell stories,” he says. It’s difficult to peg exactly when Labonté, 35, started chronicling tales. He was 25 when his first book, All City: The Book About Taking Space was published in 2003, but to start talking about a man’s life at the quarter mark would be to deny him his stepping stones, his history.

Born and raised in Pointe St-Charles, Labonté has always been mindful of his roots. “That’s where my grandmother grew up, where my mom grew up, and where I grew up. It’s my parish,” he says.

Much like family, a child’s surroundings play a telling part in the person they will become and the stories they will one day share. By the age of eight, Labonté was exposed to rap music, compelling him to have his go at breakdancing. And while it’s arguable whether breakdancing is indeed a form of storytelling or not (for the record, it is), there’s no denying that only a kid with something to say would want to push out head spins on cold, hard concrete.

It was only a few years later when Labonté started taking pictures, thickening the plot as a 12-year-old with fists full of roll film. He later went on to study film at Concordia University, but with the cost of materials and production topping tuition, he returned to the more affordable medium of photography.

“Everything I did comes back to the fact that film was too expensive,” he says.

He has, however, recently produced and directed some music videos, including Azealia Banks’ “212” and Kid Koala’s “3 Bit Blues.” Between that, and having photo exhibitions across the continent, consulting for ad agencies, editing Pound and founding small-press publishing and distribution companies, you’d think there was little time leftover to write books.

To date, Labonté has five books under his belt, most of them photo flips accompanied by short narratives. After All City came Bully: It’s The Pits (2005), Turfizm: The Selected Works of Jean “Turf One” Labourdette (2009), and Photographs Inspired by the Rap Music that Once Inspired Me (2010). Tonight is the official launch of Labonté‘s fifth book, The House Always Wins.

The inspiration behind The House was simple, and reads on the book’s inscription: “Photographs I shot or edited on my telephone, while I was busy not writing the great Canadian novel.” Described by him as “analog Instagram,” the majority of the book’s photos are from a four-year archive of pictures taken with his phone(s), every one of which was edited by using anything from “wonky bullshit pre-set filters to Photoshop-type applications, sometimes going through three or four different applications for a picture,” he says. The production process itself doesn’t speak so much to a revolutionary art form as it does to Labonté’s unperturbed sense of what he can and cannot do with his stories.

“As long as I’m getting the opportunity to make stuff, that’s all that really matters. I’m not trying to be a rock star. I find a subject and try to learn everything about it. Aside from outputting a book, or making a film, or doing something like that, who else is going to pay me to go learn about something? And I’m fucking curious! I want to learn. I’m never going to be the best filmmaker, the best photographer or the best at anything. But if I put 100 per cent into the story, then somebody is going to want to listen.”

The pictures in The House Always Wins are captivating, if for no other reason than because they capture moments of life — small close-ups of passion, laughter, mischief and flat-out living during work, play and the everyday. Complicated or not, these are the things we all want to listen to.

Even with so much having already been told, there’s no doubt that Paul Labonté will keep adding to the storyboard. As for the great Canadian novel? He’s working on it. ■