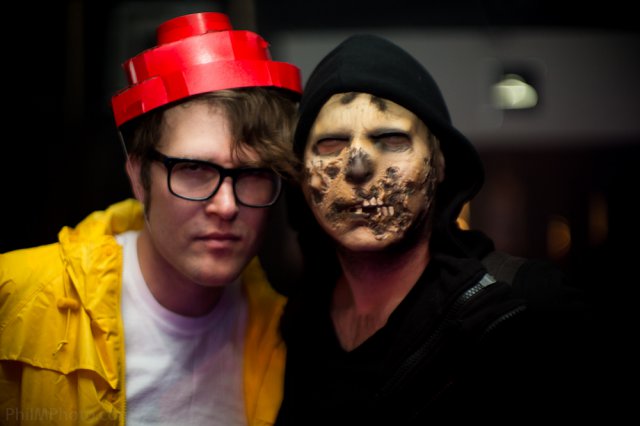 It may have been a crisp Wednesday night, but Cult MTL turned up the heat at Royal Phoenix to celebrate the launch of its third print issue, and because it was mother-F’n Halloween, the very best holiday there is! There were crazy get-ups, candy, PBR tall-boys and killer live tunes from Goose Hut (including a stack of Taylor Swift covers, in drag) with special guest DJ ParkLife and Cult MTL residents Fixyourbitrate and Amyl Nitrate keeping the costumed party people dancing.

Kudos to Kodos (or is that Kang?) for killing it in the costume department! For all the scenes from last night’s Halloween party, check out the photos below.