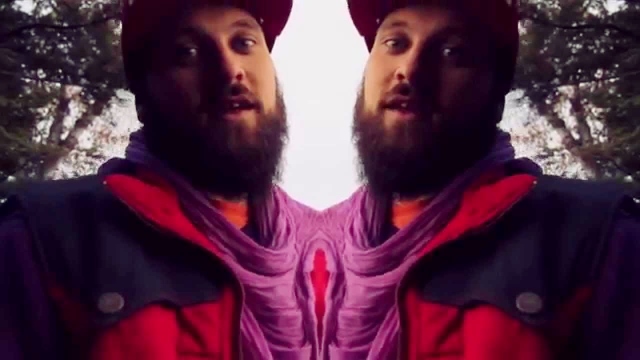 “If you already have 1,000 words, create one good image that fits them,” local MC and graffiti artist Monk.E says, his eyes fixed on a copy of his new CD, D3stin 3t B3yond.

The rapper carries himself with the same quiet intensity audible end-to-end on the album, entirely produced and co-presented by prolific Québécois producer KenLo.

“What brings me closest to the high that I get when I’m painting, the natural high of being in that zone, is freestyling,” Monk.E says. “Improvised poetry, improvised MCing, is surfing the wave of painting a wall. But at the same time, writing is like sketching.

“These are all important parts of that force, but as far as the feeling they bring me — when you are in that prayerful zone, you’re there! And anything that gets me there is a cool ladder to get to that level. At different times, it manifests itself in different ways and those are the different facets of who I am.”

The album is remarkable not only for its musical soul and character, but as a physical entity. He acknowledges that the CD is a dying format but pays no mind. Much as the long-haired, shaman-esque Monk.E loves to share and commune without talk of dollar signs, it was important to him to create something more lasting than an mp3 folder.

So in the interim, between the album’s completion and release, the artist created 17 canvases within the same colour scheme, 12 of which were selected for the back-to-front sleeve art.

“One thing, visually, that I find — maybe pride is too strong a word — but something I’m really confident about and am blessed by is not to have a barcode on my albums,” he explains. “Visually, it means a lot, and politically it is a huge statement, for I feel that it is a sovereign art piece.

“And that in itself is definitely beyond what people understand what they are doing ‘as,’ you see what I mean? People who are producing albums, and producing mixtapes, and being involved and being prolific.”

Still holding and admiring his CD lovingly, he continues.

“It’s unbelievable the strength that this tool has. Culturally it can change a lot of things. Every decision we make artistically reveals who we are, and who we are is what people love. You can’t hide, in the long term, as an artist. I show myself in my music and in my paintings to create that real link with people. So regardless of the trend of the day, there is a long-term connection being made between souls. Art is a tool for me to bridge that.”

Working with KenLo, he iterates over the course of our interview, is not so much a partnership as a magnetically creative bond

“[He] makes beats that bang in cheap soundsystems! It’s peculiarly compressed [so] that, even in a shitty speakerbox, he’s capable of making that time of energy even bang on the smallest thing. Because he does everything from his laptop, he doesn’t have a keyboard. KenLo associates letters with notes and plays them like that. He mixes everything in there, and when it comes out the computer, it’s done. There’s a science behind it. But he can bring the same laptop to a club and make that system bang.

“That influenced me in my writing,” Monk.E continues. “And also I was at a time where I was not public. I took a moment in my growth where I took myself out of the public, out of the publishing game.

“I even took myself out of the international networks I was building for myself in my travels. Totally, for three years, almost four. I wrote this album in that space of time, after coming back from Peru. I still had beats from KenLo, and I still had verses, so I started writing more, and I wasn’t sharing those. I didn’t learn those songs to do at shows at the time. The laboratory was not with the public at that time. And this is the album that came out of that.”

As influenced by Khalil Gibran as the Wu-Tang, the tri-lingual, Drummondville-born Monk.E doesn’t care about the “hip” in hip hop, regarding the culture as his “first language.”

“A lot of these (songs) are like prayers or meditations. And meditations are less structured; they come freely. It is an album of substance, I would say. This is not a landscape painting; it is a bit more abstract, cubist, I would say, in its expression.” ■