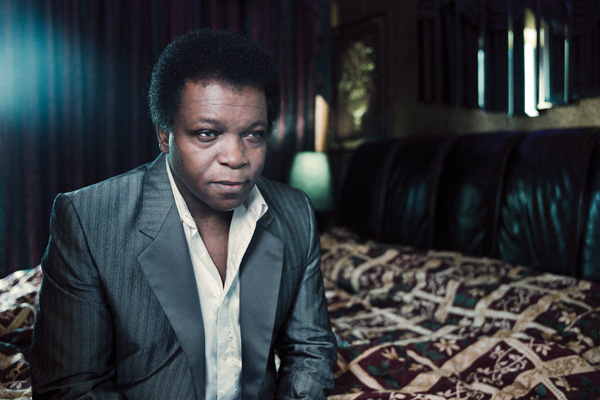 “It’s a beautiful thing,” says Lee Fields, frequently. And why not? The extraordinary singer and performer has been doing what he loves for most of his life, and while his contemporaries are either retired or on the comeback circuit, he’s at the top of his game.

After moving from his hometown of Wilson, North Carolina to NYC and releasing his debut single in 1969, Fields cut a stack of cult funk classics in the ’70s, took the’80s off, transitioned to blues and recorded for start-up labels specializing in funk and soul in the ’90s, collaborated with French house producer Martin Solveig in the early aughts and re-emerged as a stellar soul singer, making the albums My World (2009) and Faithful Man (2012) with the Truth and Soul Records band, the Expressions. An unusual career trajectory, to be sure.

“Yeah, everybody tells me that,” he says. “Living it has been an exciting experience, but like everybody else, there’ve been uncertain times, where you never know what the next move is gonna be. When I look back in retrospect, it’s all been good.”

After his music career had been dormant for a full decade, Fields was prepared to pursue a different path and indulge a culinary passion.

“I wanted to open up a little fish place,” he explains. “I had ideas about purchasing a building and renting out the spaces above what would’ve been the eatery, but the wife was totally against it. She thought I was outta my mind. I’m not gonna use the words she used, but she told me in a very stern fashion, ‘What do you know about fish?’ She said, ‘You should stick with what you know.’”

And that was a lucky save because, before long, the founders of Desco Records were knocking on Fields’ door to record singles, and before long he was back on the road.

“I was very active in the ’90s, on the Southern soul and blues circuit. Financially, it was gratifying. I didn’t get rich, but when you’re doing what you like and you’re making a good dollar, you can’t complain. Plus I had a good time, but now I’m having an even better time.”

Just after the turn of the millennium, Desco Records folded and its founders launched Soul Fire and Daptone Records, the latter best known in recent years as the home of Antibalas and Sharon Jones and the Dap-kings. The Dap-kings are Daptone’s house band, but Desco’s house band had been the Soul Providers, and their saxophonist Leon Michels, befriended by Fields on tour when Michels was only 16, went on to launch Truth and Soul.

“I was in the trees before I met those guys, and they showed me the forest,” says Fields, referring to Michels and rest of the Truth and Soul band, the Expressions, with whom he’s co-written his two recent albums. “The impact of Faithful Man has been absolutely incredible. I was hoping that the album would be received well, but it has exceeded my expectations.”

One of the songs on the record, “I Wish You Were Here,” remains bittersweet for Fields, whose father passed away shortly after its recording.

“I had no idea that he would be the subject of that song, that would be in my mind when I sing it. Sometimes I get so choked up singing that song, but I gotta sing it ‘cause I know a lot of people out there lost a love in their life, whether due to death or due to a long-distance situation. Any way a person loses a person they really love, it’s a painful situation. In my case, this thing will last me until I stop breathing. Sometimes when I think about my father and the good times we had, I just break down. I’m getting kinda melancholy now. Gotta snap outta that stuff.

“You know, it’s a beautiful world out there, yes it is! All my dreams are being fulfilled, I can’t find words to describe how wonderful it has been. But now is always the thing. A person could tell you about how the past was so wonderful, but if now isn’t, then now is the concern. And for me, now is good. I’m happy.” ■