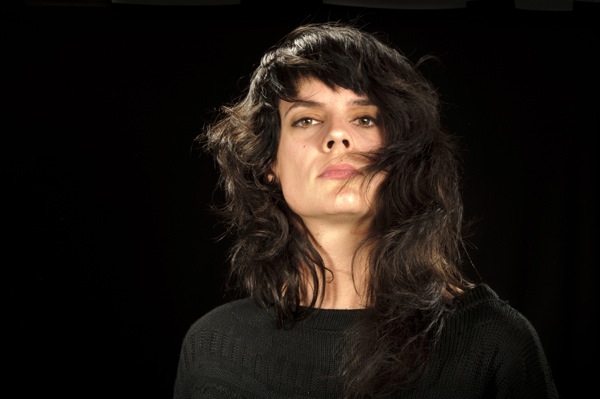 Elizabeth Cline
Three years ago, author Elizabeth Cline shopped like many of us: hitting up sales, cruising the racks of knock-off designer pieces at stores like H&M, Zara and Forever 21, and firmly refusing to shell out more than a few bucks for any item of clothing. She recalls a moment when she stumbled upon $7 canvas flats on sale at Kmart, slipped into a shark-like blood frenzy and ended up lugging seven identical pairs home on the subway.

It was the beginning of a moment of reckoning for the New York-based writer; when she started thinking more about just how much clothing she actually needed and where all these jaw-dropping bargains were coming from.

The fruit of her journey is Overdressed: The Shockingly High Cost of Cheap Fashion, which methodically tracks diverse approaches to fashion production and consumption. She profiles several shopping tactics, from the binge-like “haul” bargain hunters, who buy boatloads of cheap clothes and profile their deals on YouTube, to one middle-class Manhattanite who drove herself deeply into debt by splurging on big-name brands, spending as much as $2,500 on a Louis Vuitton handbag.

Cline’s central interest is fast fashion or, as she writes, “a radical method of retailing that has broken away from seasonal selling and puts out new inventory constantly throughout the year.”

Pioneered by Spain’s Zara, known for putting designer knock-offs on the shelf faster than the designers can, fast fashion houses are premised upon cheap reproductions of trendy goods.

The stores restock their shelves frequently in small batches (Forever 21, for example, famously puts out 400 new pieces every single day), impelling shoppers to visit the stores more frequently because of the volume of new stuff at low, accessible prices.

The result? Turnover on trends is accelerated and our closets fill up with cheap crap that will be out of style in six months and made with fabrics that probably won’t last that long anyhow. Shopping has become a hobby, something done to pass the time rather than fulfill a need.

The high cost of cheap clothing

Cline then turns to the production end, fashion’s seamy underbelly, looking at how these crazy deals are even feasible. She profiles the decline of American textile and garment production, explaining how the last few decades’ worth of trade agreements opened the door for a massive industry-wide off-shoring of garment jobs.

A lot of this stuff is well-covered; in fact, one would be hard-pressed to find any book about clothing and textile production that didn’t bemoan the Dickensian conditions of the sweatshop labour that underwrites it. And, given its prevalence in the public realm, it would be wholly unconscionable to write or publish a book on clothes manufacturing that neglected to address the topic, and the considerable environmental fallout from the turn toward using cheap oil-based textiles like polyester.

However, Cline goes even deeper into the unappealing side effects of fast fashion, digging into what happens to clothing after its disposal. She pokes holes in the sense of philanthropy that many – myself included – have when they drop off bulging garbage bags of castoffs at the local thrift shop. The sad reality is that most of it ends up at the dump.

She visits the sorting facilities of donation centres where contributions are picked through for quality. But as little as 10 per cent of donations actually make their way to vintage stores, after which the remainder gets passed on across the globe and into third-world countries in search of a second chance.

But third-world shoppers are themselves discerning buyers, she reminds, and all the more so because many cannot afford to simply replace a shoddy piece. While such cast-off philanthropy is still useful, she argues, we should approach our clothes with a sense of stewardship, replacing missing buttons and sewing up small holes before donating them, rather than simply assuming that someone else, somewhere wants our sartorial garbage.

She advocates buying fewer, better and locally made pieces, sourcing stuff from vintage and above all, accruing at least basic sewing skills to tweak, personalize and extend the life expectancy of clothes you already own. She doesn’t argue that you have to abandon fast fashion chains entirely – just slow it down a little and not buy so much.

The art of slow fashion

Kline’s book is clearly intended as a polemic, a call for a turn toward “slow fashion,” in a manner much akin to recent profiles on agricultural practices and food supply chains, such as Eric Schlosser’s Fast Food Nation and Michael Pollan’s The Omnivore’s Dilemma, have done for food.

She concludes that, as difficult as it may be to accept in the face of racks full of $3 tank tops and $15 sundresses, “Clothing that isn’t produced at resource-draining quantities or by shortchanging the people making it is not cheap. Clothing that is well made is not cheap.”

The problem such books, to my mind, is also their greatest strength. While they are buttressed with statistical research, interviews and anecdotes, the message of the work is something that most of us already know. When you’re paying $6 for a t- shirt, it’s pretty clear that whoever made it didn’t get paid a whole lot.

But the world still needs reminding, from time to time, that there are consequences to our consumption, and that with just a little extra effort and money, consumers are in a position to demand change in the fashion business like they have when it comes to organic and fair trade produce. In that, Cline’s book can be thought of as a salvo in a similar shift toward consumer awareness and demand for organic textiles, fair labour practices and more ethical supply and disposal lines.

Overdressed is well-written and researched, and Cline skillfully avoids talking down to her audience, instead acknowledging how tempting both the aura of a designer brand and the thrill of the great deal can be. Her loving profiles of shoppers, retailers and garment workers make it a great read, and her message is timely: we simply need to think more about where our clothes come from. ■